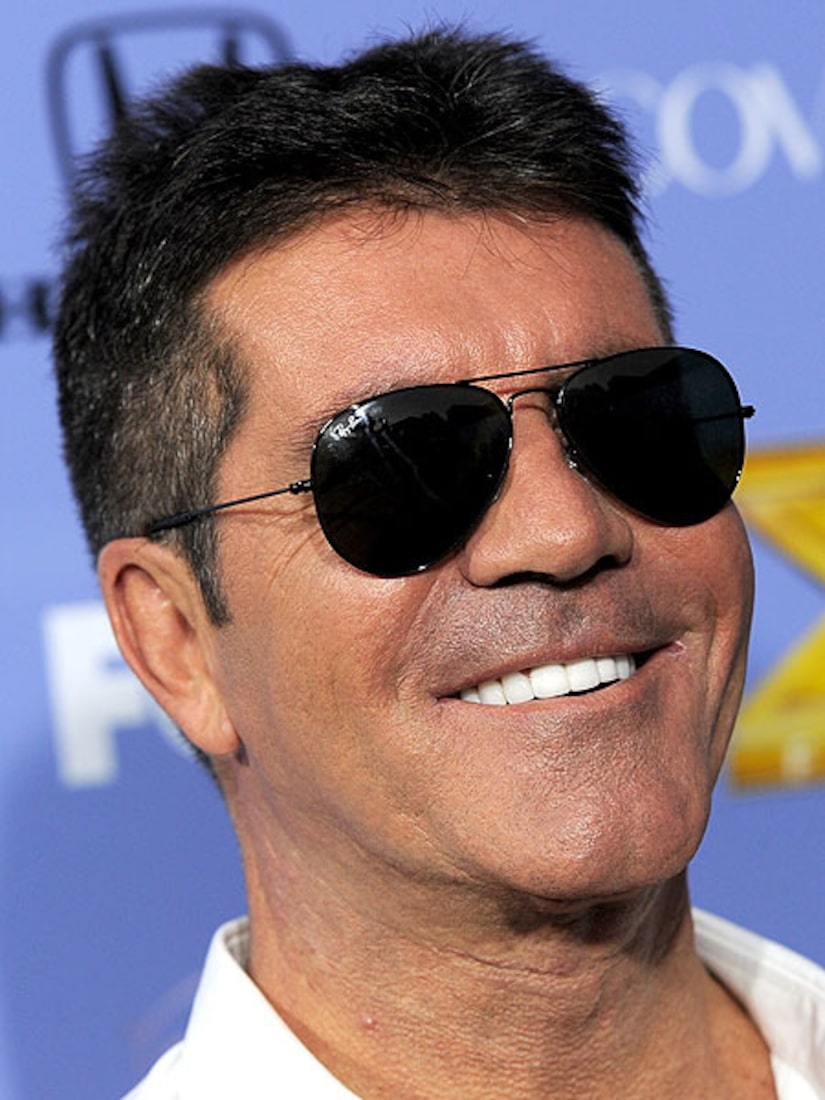 “Extra’s” Terri Seymour sat down with soon-to-be father and “X Factor” judge Simon Cowell, who opened up about becoming a father and his relationship with Lauren Silverman.

Cowell admitted finding out about the baby was a shock at first. “The baby was kind of unexpected. I hadn’t planned for that. Once I got used to it I kind of thought, it’s actually not such a big deal. I know the circumstances were a bit awkward, very awkward, but once you see the baby on the scan for the first time you’re just amazed that you’re seeing something alive. It’s incredible.”

Simon described seeing the baby’s ultrasound. “I called it ‘Tad’ because it was like a little tadpole, just like moving around. It really is a miracle. I never felt like that before.”

Cowell added his mom was thrilled. “She couldn’t get wait to put the phone down so she could tell everyone.”

He went on to talk about his relationship with Lauren Silverman, saying she is very special but has had a rough time in the press because of the circumstances. Cowell explained, “I can understand why people said negative things about me and her because obviously she was married and this was not a typical situation. She’s a great girl. We started as friends, and it turned into something else.”

As for what kind of dad he’ll be, Simon smiled, “Maybe I will take him or her go-carting. I’m good with kids, and I like kids. Babies, I have a little problem with because I never know how to hold them, but I like the idea of having a little buddy. I’m looking forward to when they can talk.”

The music mogul isn’t only getting ready for fatherhood, but also the new season of “The X Factor” with two new judges, saying he is much happier with it then previous seasons. “It does feel different then the first two series. I thought the first two series were quite dark. This is much lighter, funnier. Maybe it’s the girls or it’s me, it just feels more like the British show.”

Tune in to "Extra" on Monday for more of the interview! “The X Factor” premieres Wednesday on FOX.