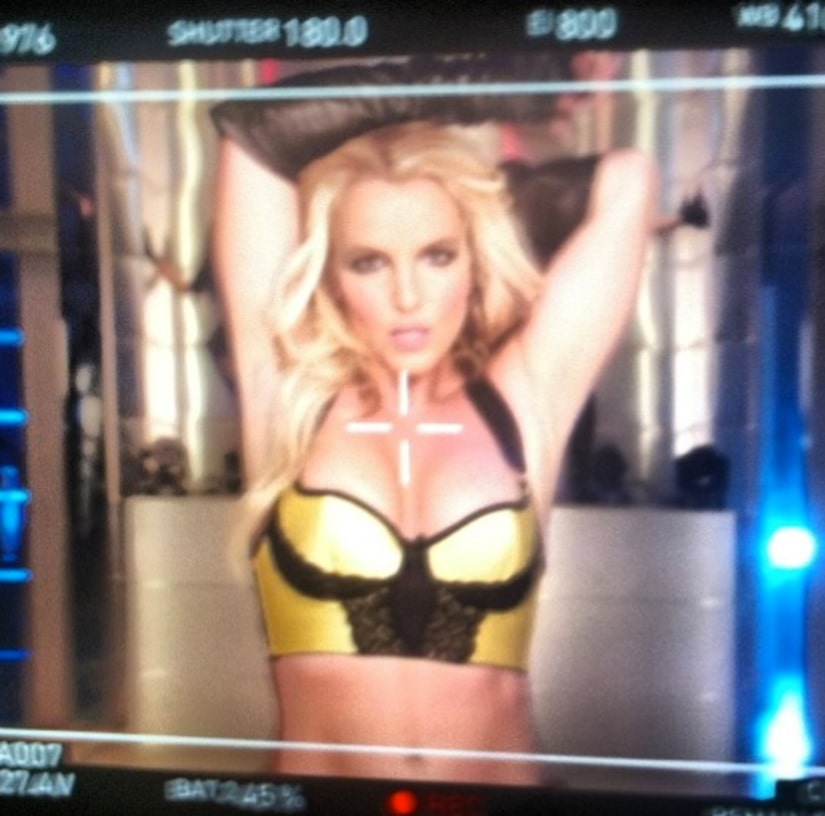 Pop star Britney Spears is back on the scene and set to release her highly-anticipated eighth album later this year.

Spears tweeted a pic of herself on set wearing a black and yellow lacy top and elbow-length gloves with the caption, "#WorkB***h." She added in a second tweet, "Hot day on set… ;) A little dirty, little flirty, danced my ASS off. Stoked for tomorrow!"

In an interview with Ryan Seacrest in June, Spears opened about her album saying, "It's definitely at the beginning stage right now. I want to make it a little different from anything I've ever done."

The former "X Factor" judge recently unveiled her new song "Ooh La La," which will be featured on the "The Smurfs 2" soundtrack.