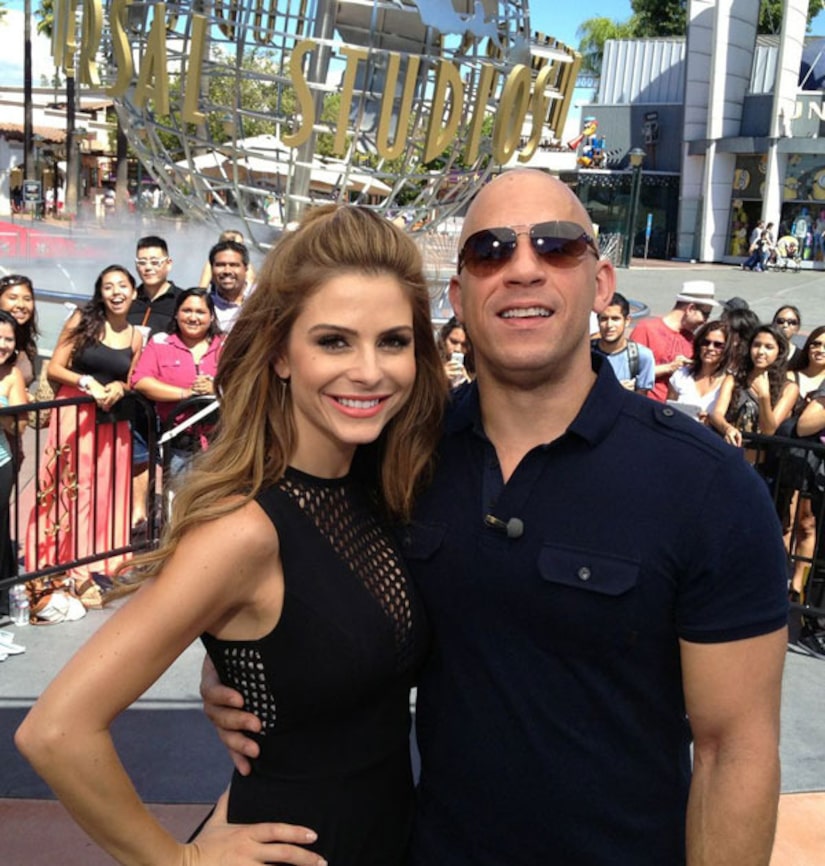 Actor Vin Diesel joined “Extra’s” Maria Menounos at our new home at Universal Studios Hollywood, talking about his new movie, “Riddick,” and breaking news about some of his upcoming projects.

Vin explained, “There is a very big rumor that Kurt Russell will come in, and because it’s you, I’ll give you a little more… the eighth script in the series is somewhat akin to ‘Escape from New York.’ This won’t make sense now, but it will make sense later. Kurt Russell was the perfect person to introduce in ‘7’ to play out the eighth storyline that everyone is going to go crazy on.”

Vin also confirmed he will play Groot in Marvel’s “Guardians of the Galaxy.” “They sent over this book of conceptual art. I go home and open up the big book, and there are all the characters. I ask my daughter, ‘What character do you think they want daddy to play?’ She pointed right at the tree.”

Vin laughed, “There’s no way to say no to that little angel.” Vin’s daughter Hania, with model Paloma Jimenez, is 5.

Tune in to “Extra” on Monday for Maria’s full interview with Diesel at Universal Studios Hollywood!