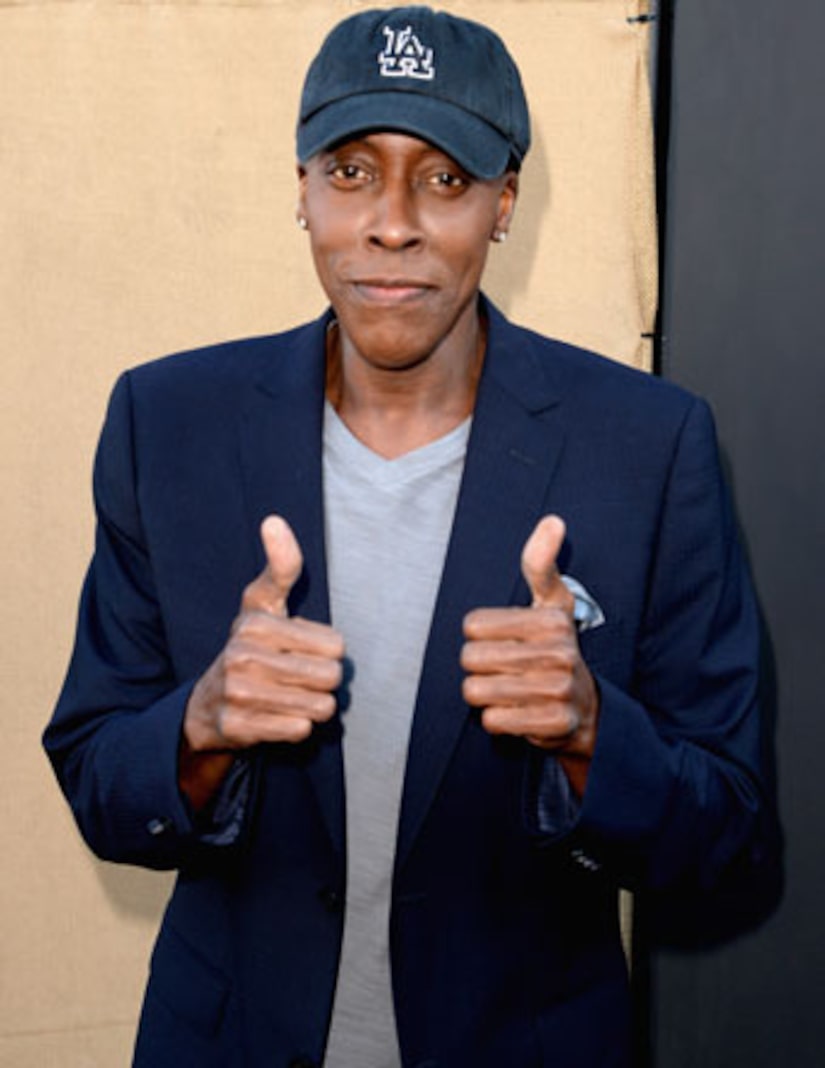 The comedy king of cool is jumping back into late-night talk with “The Arsenio Hall Show” on Monday night!

“Extra’s” AJ Calloway caught up with Hall to chat about his return to television and the latest hot topics.

About his first guests, Arsenio joked, “I’ll take anybody in Beyoncé’s house right now. I’ll even take the baby… Blue Ivy and Rick Ross, you know I got it!”

Reminiscing about President Bill Clinton playing the saxophone on his previous show, Hall said, “At some point I would love President Obama to come sit in with the band and hold a saxophone. He doesn’t even have to play it, just hold it.”

Weighing in on Miley Cyrus bumping and grinding with Robin Thicke at the MTV VMAs, Arsenio called it “very controversial.”

“It raised a lot of eyebrows, but Robin Thicke is married to a black woman, so it didn’t raise anything else,” Hall said. “He knows what a real booty is supposed to look like. She got that little flat achy breaky booty and Robin didn’t even stop singing.”

One thing the “Celebrity Apprentice” alum definitely doesn’t get is “Duck Dynasty.”

“I don’t quite get it, but I didn’t get ZZ Top either… I’m just no good with the beard pop culture!”