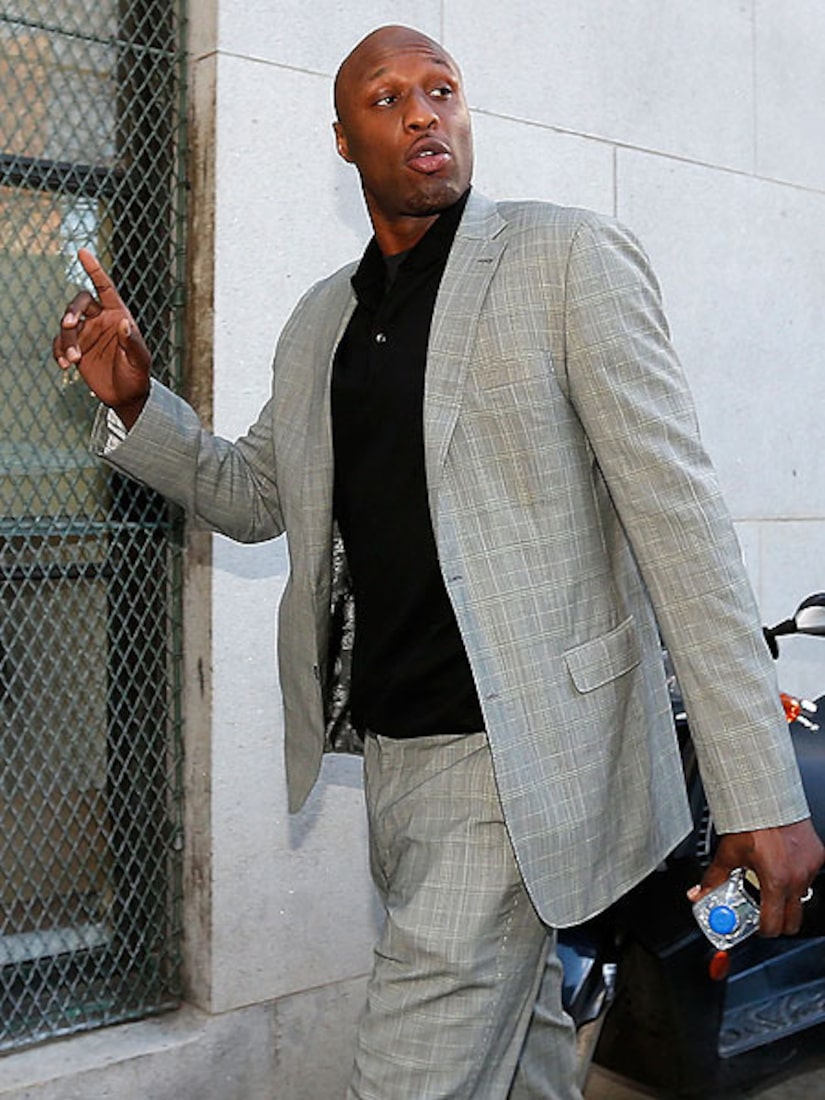 A source told People.com, "He realized he needs help.”

Odom was arrested for DUI last week, and his reported drug use has put a strain on his marriage to Khloe. She reportedly staged an intervention for Odom last month, but it was unsuccessful at that time.

The youngest Kardashian is staying strong, though, for Lamar's sake, and is focused on getting him the help he needs. She tweeted last Sunday, “As much as I wish I were made of steel… I'm not. I'm pretty damn close to it though hehe.”

Odom's father struggled with heroin addiction, and Odom once wondered if he was "fighting my father's demons,” says People.

Attorney Robert Shapiro will rep the basketball player in his DUI case. Shapiro and the late Robert Kardashian worked on the O.J. Simpson case together, and Shapiro has helped the family with past legal problems.

Shapiro's son died of an overdose in 2005 at age 24, and Shapiro has been active in drug addiction charities.