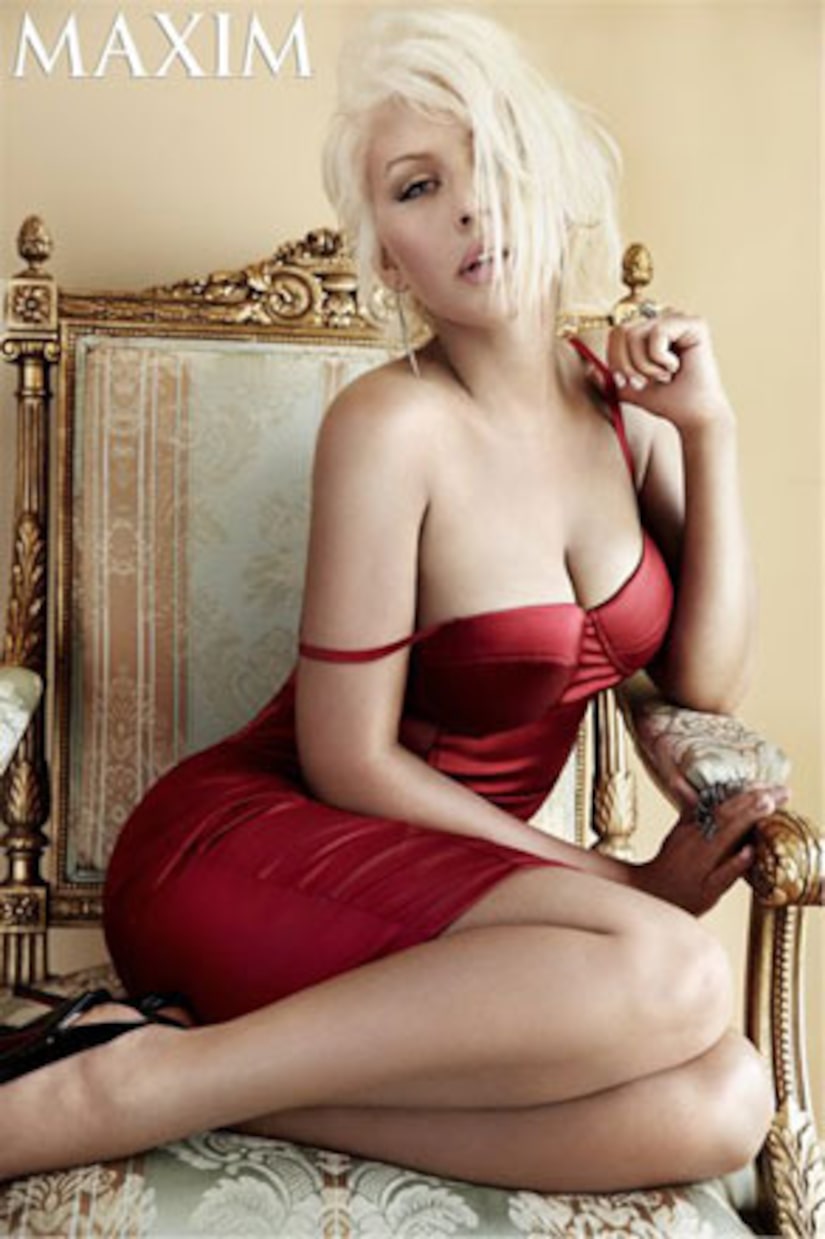 “The Voice” mentor Christina Aguilera isn't shy about showing off her new slim figure, posing nearly naked on the October cover of Maxim.

The star told the mag that when it comes to being sexy, she's a “down-to-earth girl.”

“I'm comfortable in just a jersey and boy's underwear,” she confessed. “Trying too hard to be sexy is the worst thing you can do. Sexiness should be effortless.” 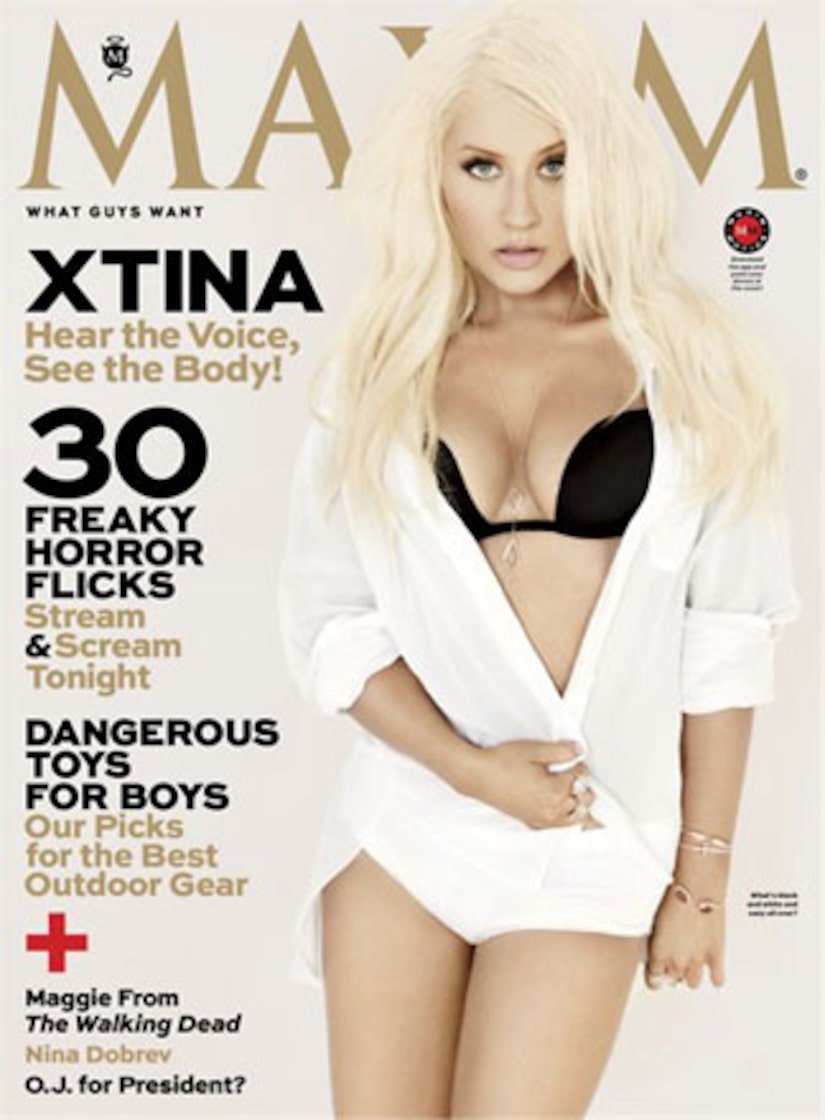 Xtina also weighed in on who was cooler during her Mickey Mouse Club days, Ryan Gosling or Justin Timberlake.

“They were both very charismatic, but I think I have to shy away from the question,” she said. “I don't want this to bite me in the butt later. They were tight, you know. They'd walk around together all the time, same as me and Britney would. Now look at us. It's funny how that played out.”