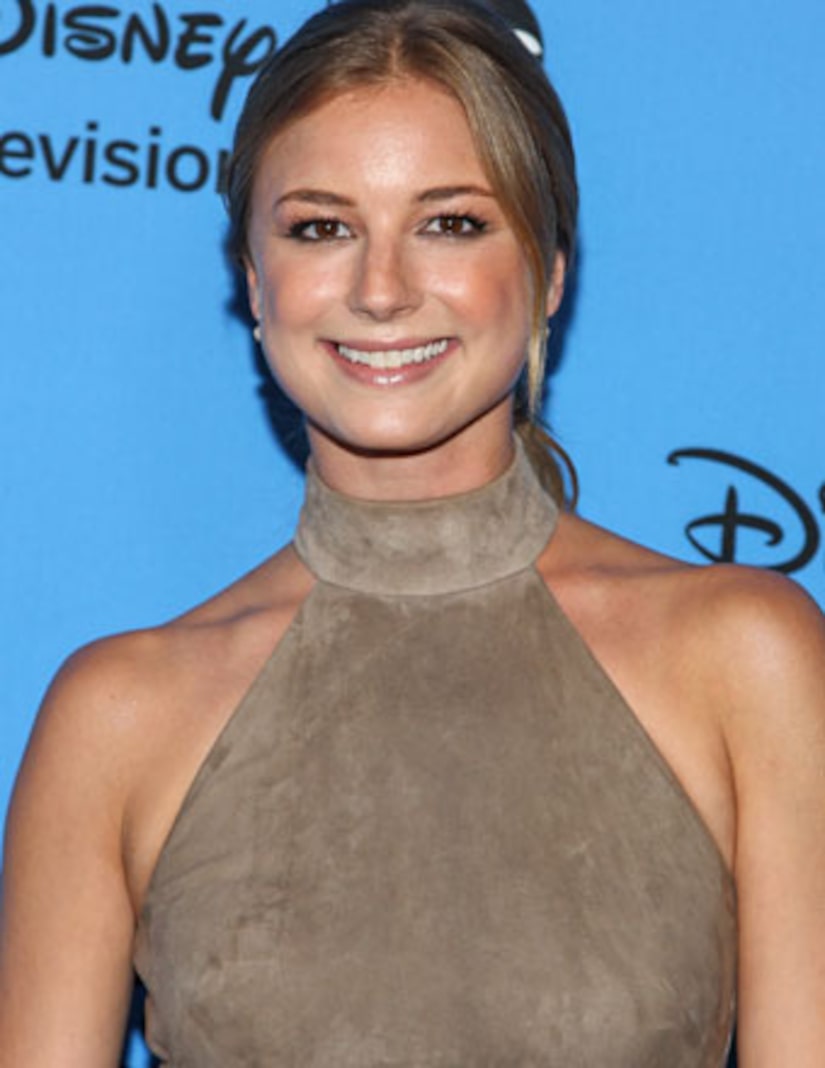 “Extra’s” Renee Bargh caught up with Emily VanCamp to get the scoop on the new season of “Revenge” and her character, Emily Thorne.

Dishing on Thorne getting shot, VanCamp admits she doesn’t know who pulled the trigger, but believes she really did take a bullet. As far as VanCamp is concerned, it wasn’t a dream sequence.

The actress still has no idea how Thorne survives, and speculates she may have been wearing something like a bullet proof vest.

Watch the video to hear VanCamp’s take on Thorne’s “master plan” to bring Victoria down and click the photo above for a gallery of the star on the red carpet.

The season of ABC's "Revenge" premieres on September 29 at 9 PM.