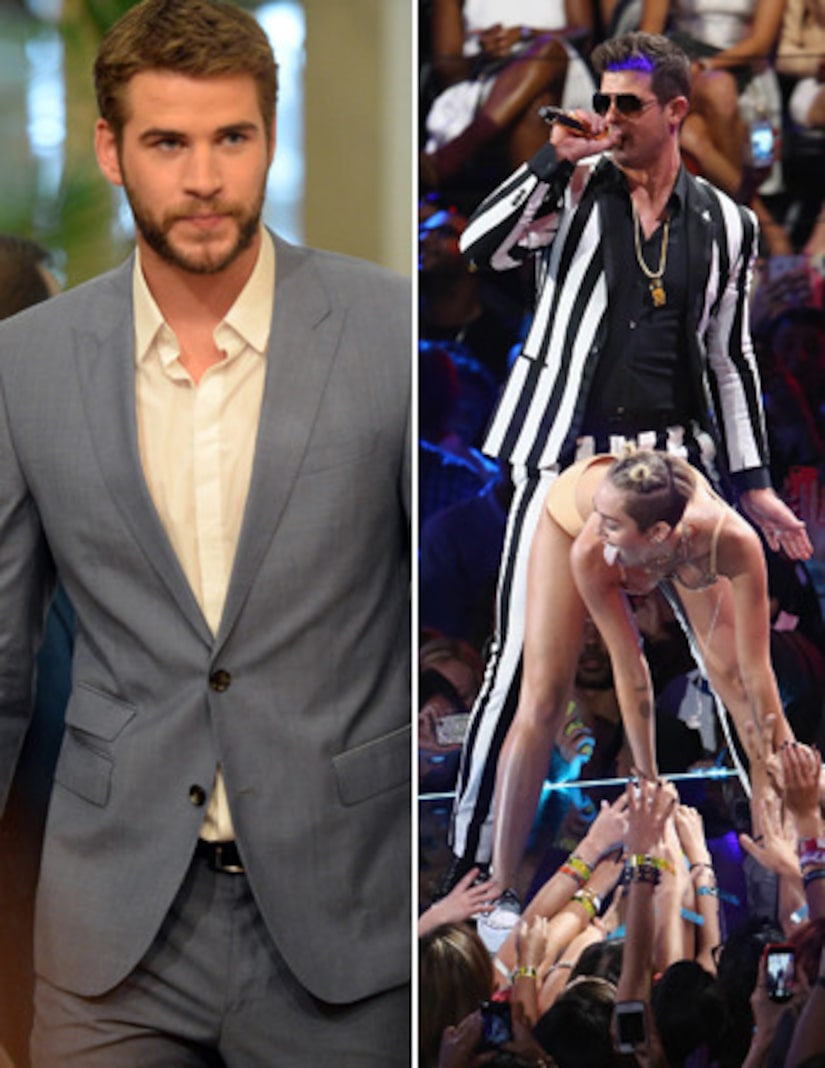 Miley Cyrus has been under fire since she twerked her way across the MTV VMAs stage on Sunday, and fiancé Liam Hemsworth is among the critics, according to RadarOnline.com.

A friend insists he really does care for Miley, but “her VMA performance absolutely mortified him and he couldn't be more embarrassed. He doesn't really see anything sexy about what she did on stage.”

The insider added that Hemsworth's team is urging him to leave her for the sake of his career. “Liam is a serious actor with a growing career, while Miley has just turned into a joke,” the pal said.

The friend admitted it doesn't look good for the on-again-off-again couple, “He doesn't want to babysit her anymore. He has to move on.”