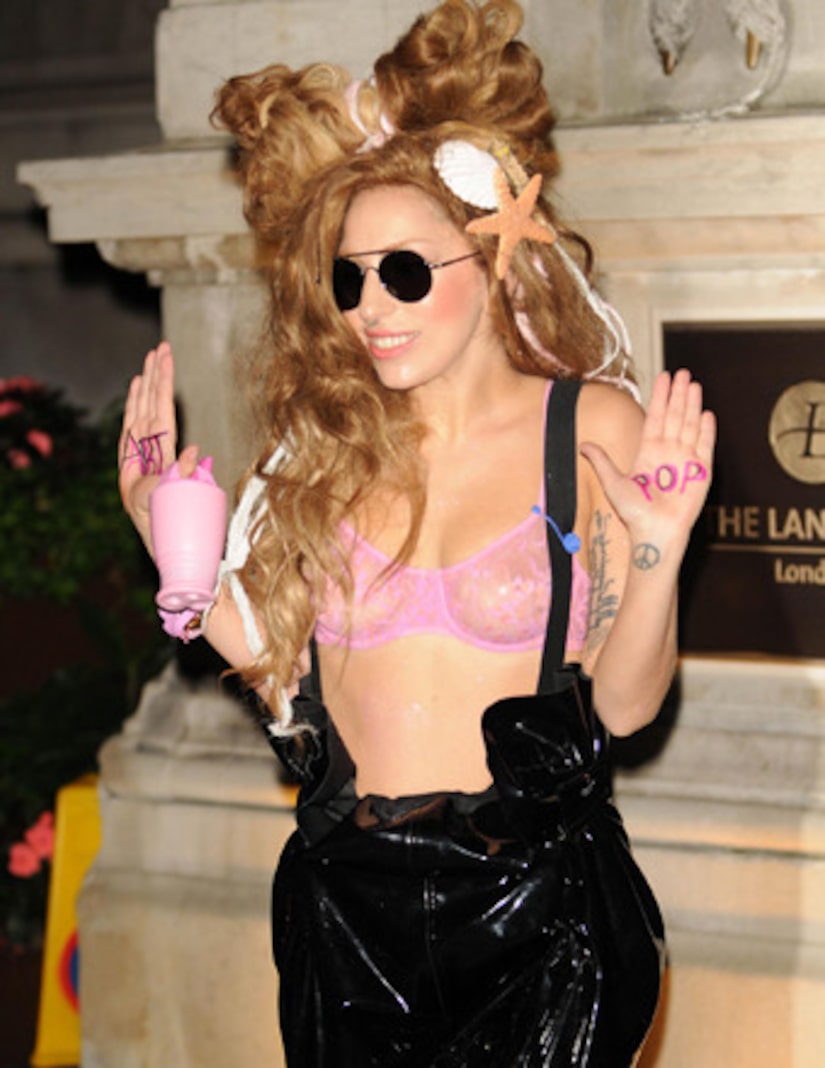 Lady Gaga left little to the imagination when she stepped out in a lacey, pink, see-through bra in London on Wednesday. She paired the lingerie top with black dungarees, high-heeled boots, sunglasses and a pink cup with a pig snout on the bottom.

Seeing that she was headed to SeaShells restaurant for some fish and chips, Mother Monster adorned her hair with… you guessed it, seashells. Fittingly, the Mirror described the look as "Miss Piggy meets Little Mermaid." Check out video of Gaga arriving to the popular joint.

The "Applause" singer, who performed at the MTV VMAs in Brooklyn on Sunday, is in London for the iTunes Music Festival this weekend, a performance she has dubbed “SwineFest.” 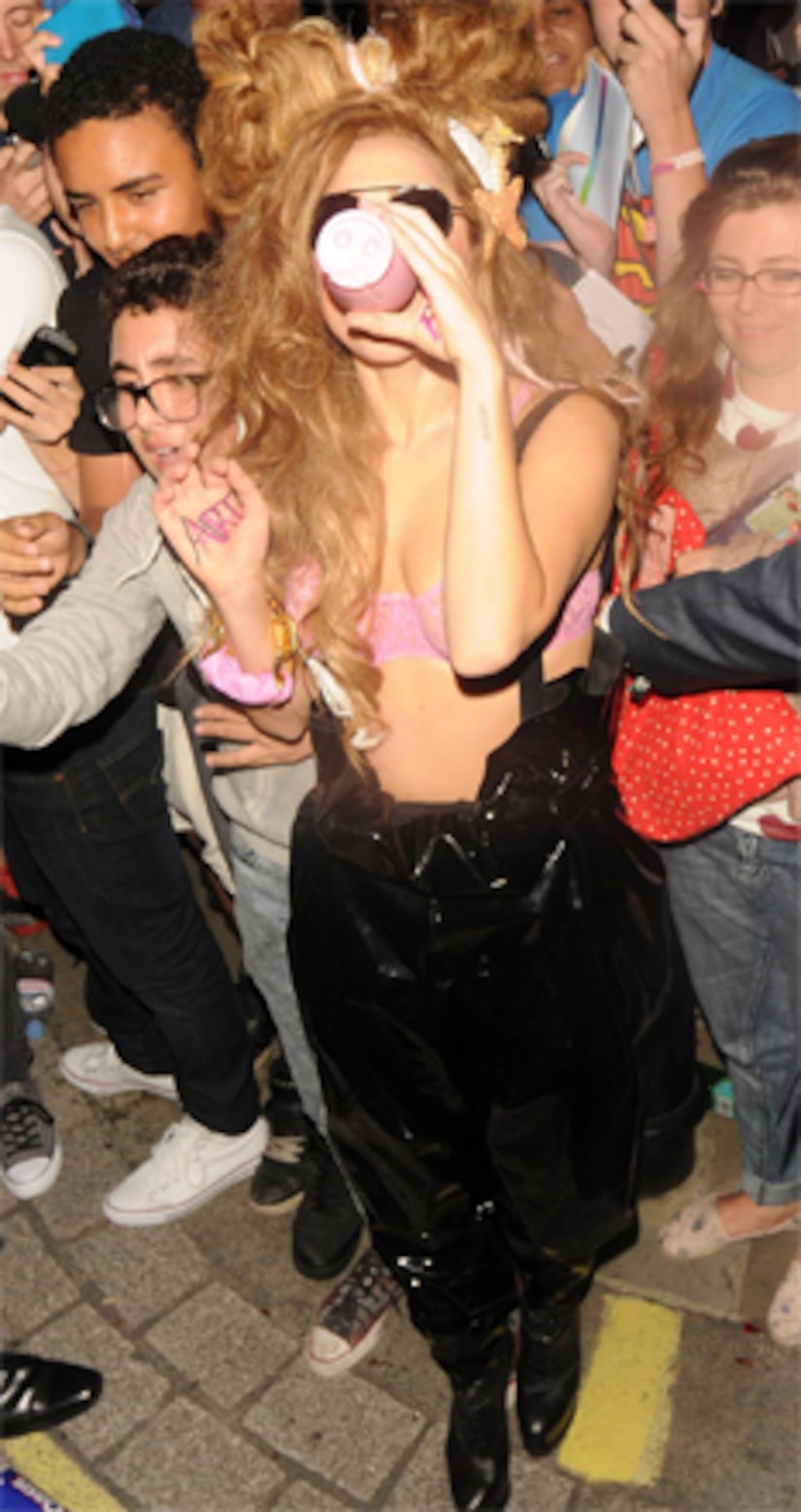 Shedding some light on her eccentric outfit, the Grammy winner tweeted to her Little Monsters, explaining that there will be a dress code at the show and fans can follow her lead.

“I will be providing a list of acceptable attire for #SwineFest throughout the week. Item 1: Seashells. Item 2: Seahorses 3: Starfish.”

She added, “I would also suggest 4. Paint colored dreadlocks for securing 'under the sea' Boticelli-Punk accessories.”

Getting serious, she switched to all caps, writing, “5: BEDAZZLED PIG NOSE 6: BOWIE MAGICIAN GARB 7: TRASHBAG or ARTCLOTHES (THERE IS A PAINT ZONE).”

She further explained, “#ARTCLOTHES are clothes you don't mind getting covered in live art!”