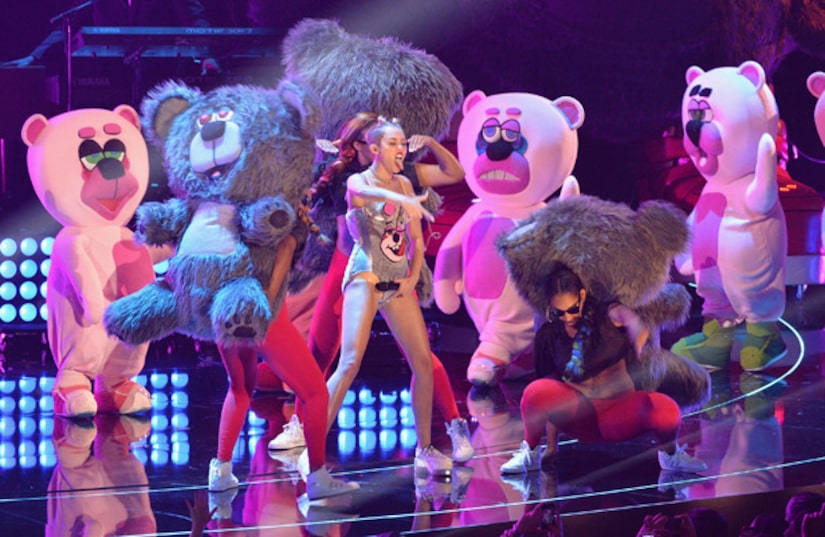 Miley Cyrus' performance at the MTV VMAs was all tongues, teddy bears and twerking, and apparently the former child star is just getting started. The day after the shock show – which included grinding with Robin Thicke – Miley started tweeting naughty pics of herself.

While Us Weekly reported that some members of her team were freaking out about the performance, Cyrus didn't seem to mind. 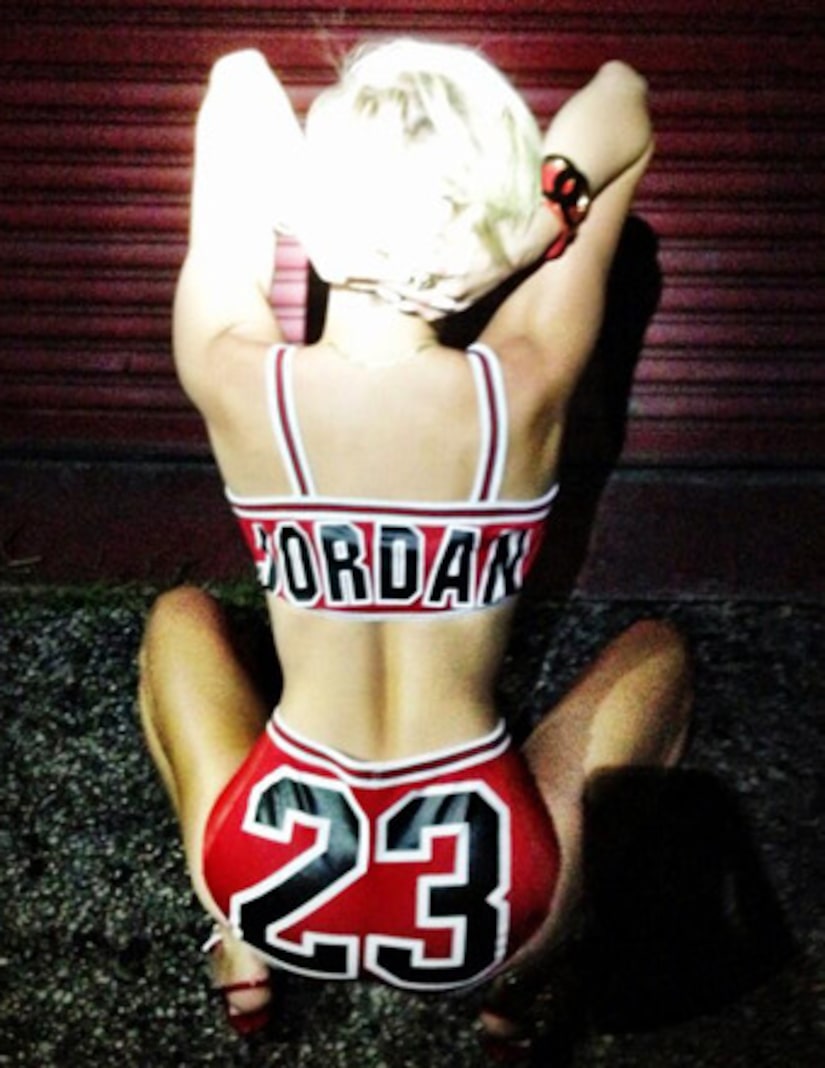 In addition to the sexy pics, Miley gave herself props, tweeting positive reviews by Rolling Stone and comparing her “We Can't Stop” performance to the Super Bowl.

“Smilers! My VMA performance had 306,000 tweets per minute. That's more than the blackout or Superbowl! #fact.”

Miley is basking in the post-VMA attention, but Us Weekly reports that Thicke is “bummed” by all the negative reviews.

A source told the mag, "I don't think he would have done it knowing what it ended up like."

If he had a problem with Miley, the “Blurred Lines” singer didn't show it on Twitter, posting, “That was dope. Shout out to @MileyCyrus @kendricklamar @2chainz #VMA.”