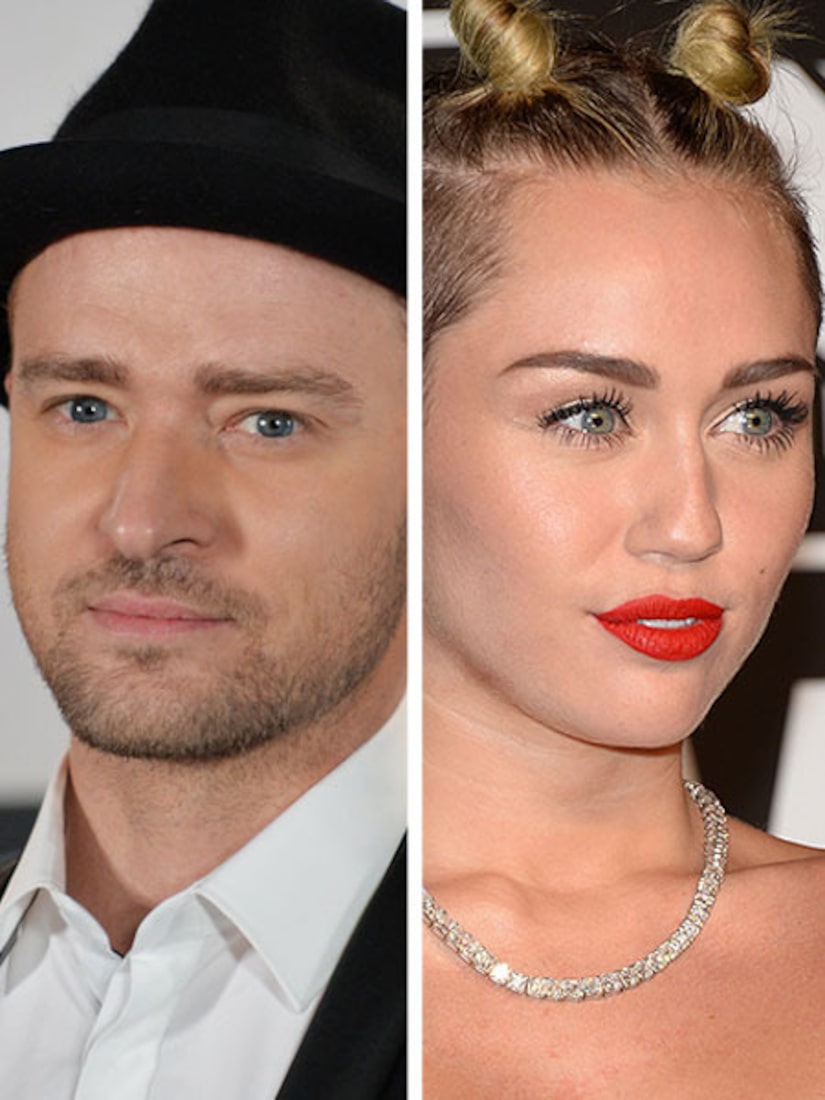 Singer Justin Timberlake doesn't know why everyone is in such an uproar over Miley Cyrus' raunchy MTV VMAs performance with "Blurred Lines" singer Robin Thicke.

In an interview with radio host Jim Douglas, the “Suit & Tie” singer said, "Listen, man, you know, it's the VMAs. What did you guys expect? I like Miley. I like her a lot. I think, you know, she's young. She's letting everybody know that she's growing up."

Timberlake also pointed out that the VMAs have been historically provocative. "I just think it's the VMAs. It's not like she did it at the Grammys. Let her do her thing, you know?"

J.T. picked up the VMAs Vanguard award and reunited with his former 'N Sync band members on stage for a memorable moment.