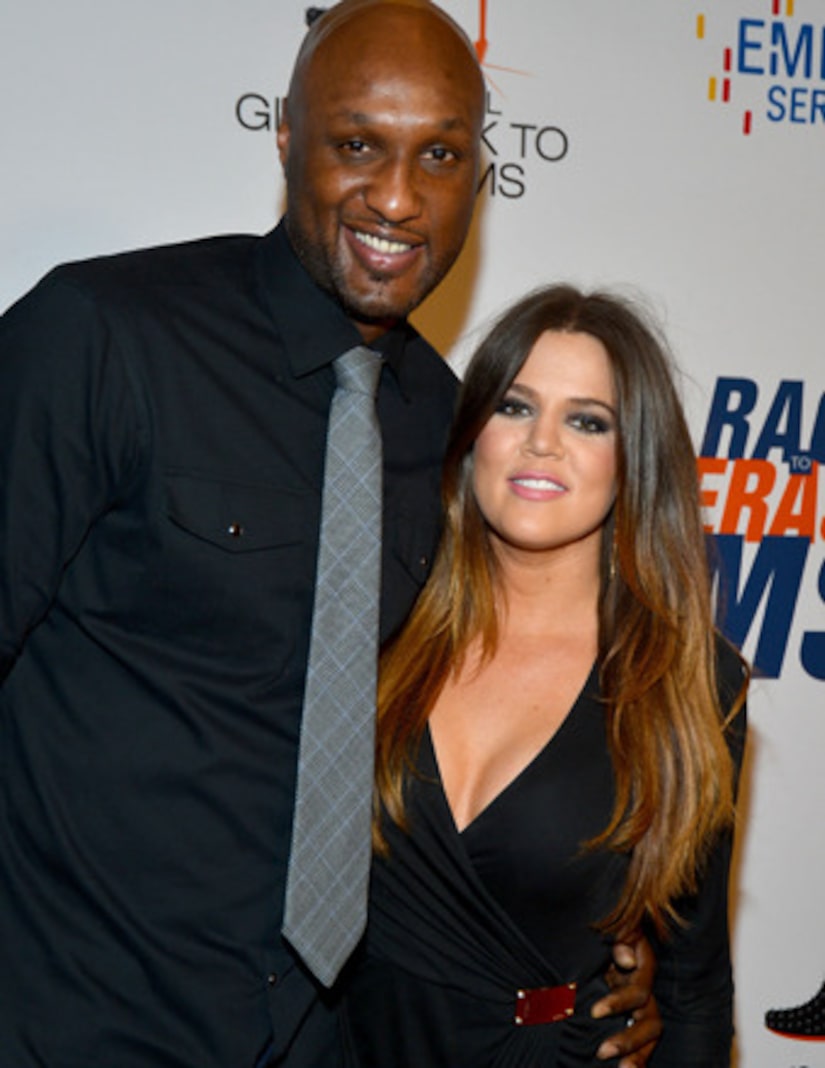 If Lamar Odom was missing… he's definitely not anymore. The NBA player was spotted driving his SUV in the San Fernando Valley on Monday, the same day his wife, Khloe Kardashian, was seen wearing her wedding ring in Beverly Hills.

Lamar reportedly looked thin and gaunt as he cruised around Tarzana near the home he shares with Khloe. See the pics here.

Kardashian allegedly staged an intervention for Odom on Wednesday, revolving around his reported use of crack cocaine. When he didn't comply, she supposedly threw him out of the house, says TMZ.

While reports indicated that Odom went missing after the fight last week, a source told “Extra” it wasn't true.

Insiders later explained to ESPN that Odom was holed up in an L.A. hotel room “where friends are trying to get him help for unspecified drug problem." TMZ reported that Khloe met with him at an undisclosed location and is also trying to help him.

Although reports say the couple is now separated, Kardashian still wore her ring when she stepped out on Monday. The rest of her look was inconspicuous, including a hoodie, sunglasses and sneakers.