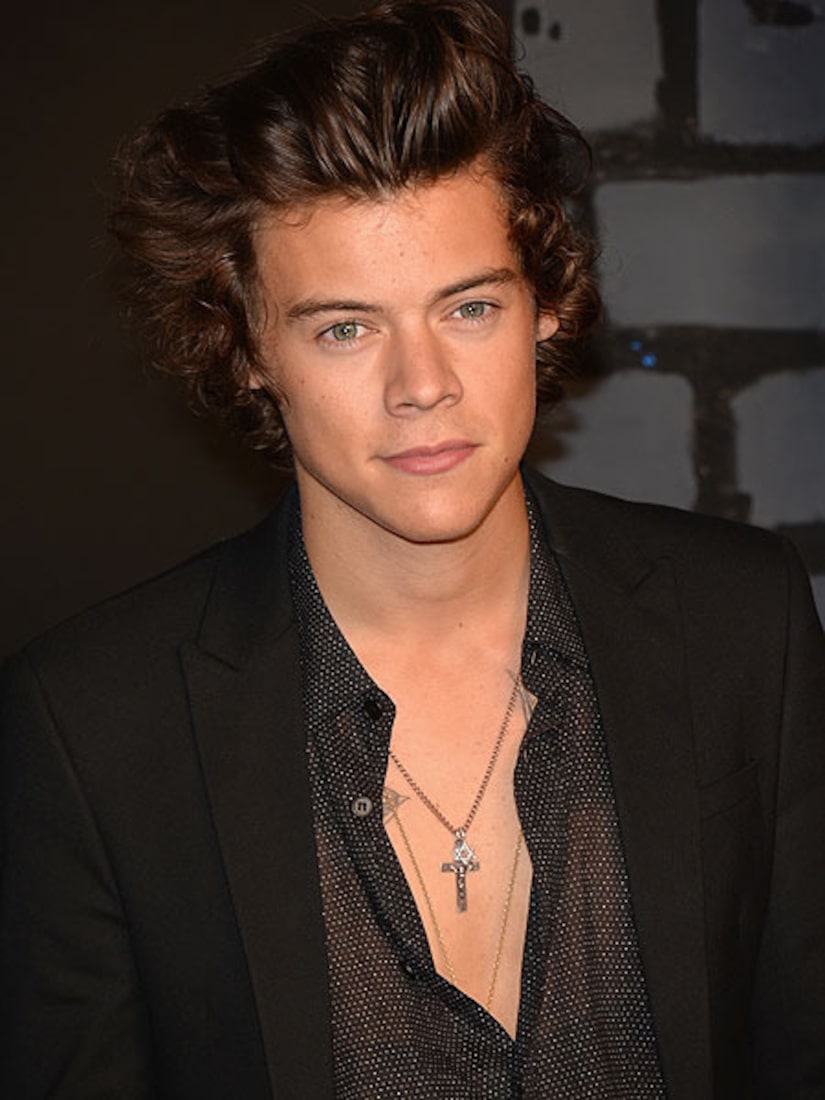 “Extra’s” AJ Calloway caught up with One Direction at the NYC premiere of their film “One Direction: This is Us,” and asked heartthrob Harry Styles about ex-girlfriend Taylor Swift’s acceptance speech at the MTV Video Music Awards.

After winning Best Female Video for her anthem "I Knew You Were Trouble,” Swift said at the podium, “I also want to thank the person who inspired this song, and he knows exactly who he is, because now I got one of these” -- an obvious poke at Styles.

Harry told AJ it was all in good fun. “I like a joke as much as the next guy, so it's all good.” Styles even partied with Swift and her tour mate, Ed Sheeran, after the show. Harry smiled, “Yeah, I went for a drink with Ed… and some friends. It was good.”

The Brit also joked about Miley Cyrus’s sexually charged VMAs performance. “I thought it was vanilla. I would feel comfortable watching it with my grandma.”

Louis Tomlinson added, “I'm just glad I didn't bring my little sisters because, actually, I did plan to bring them.”

“One Direction: This is US” hits theaters this Friday.