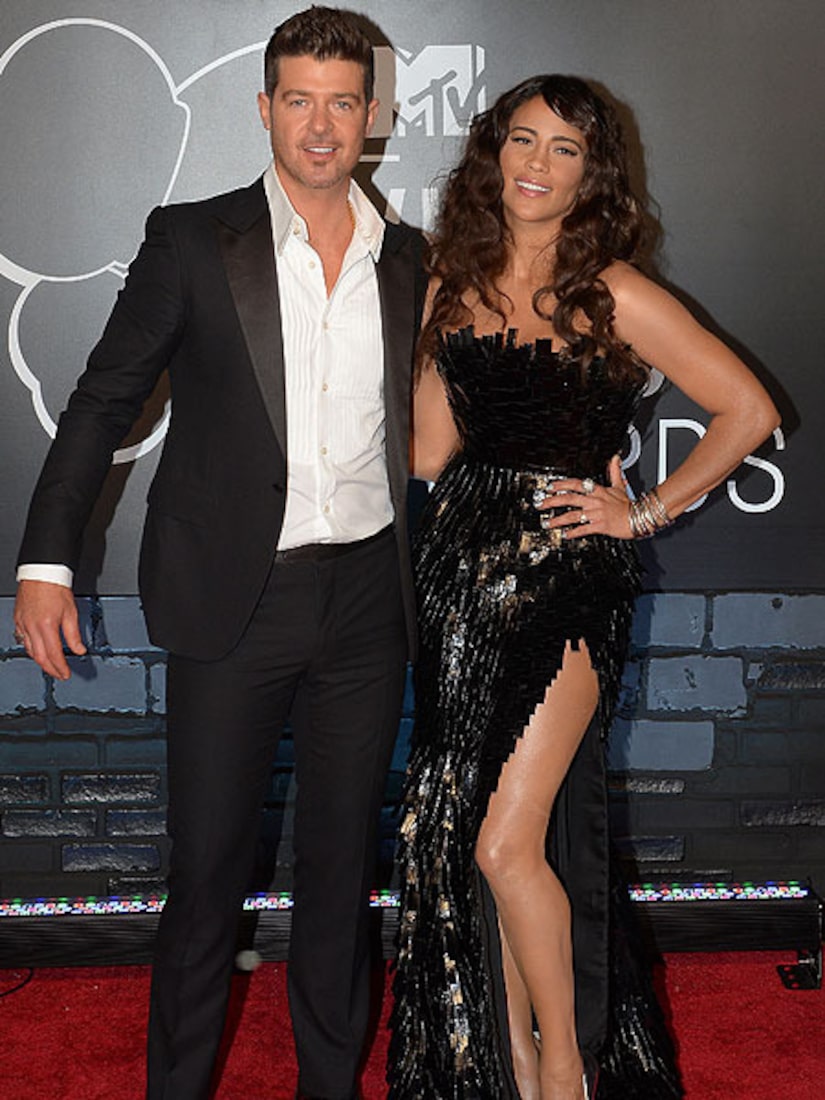 Despite reports she was upset with the definitely R-rated “We Can't Stop” and “Blurred Lines” number, sources close to Patton told TMZ the “2 Guns” star was fine with it because there were "tons of rehearsals" before the show. Paula knew what to expect.

In the aftermath of the racy show, pics and gifs have surfaced of the stunned Hollywood A-list audience, while stars have taken to Twitter for a public discussion.

Kathy Griffin tweeted, “Here's the break down. Miley wants u 2 KNOW... she doesn't want 2B called 'Hannah' & she is very far from Montana right now. Thank u very much.”