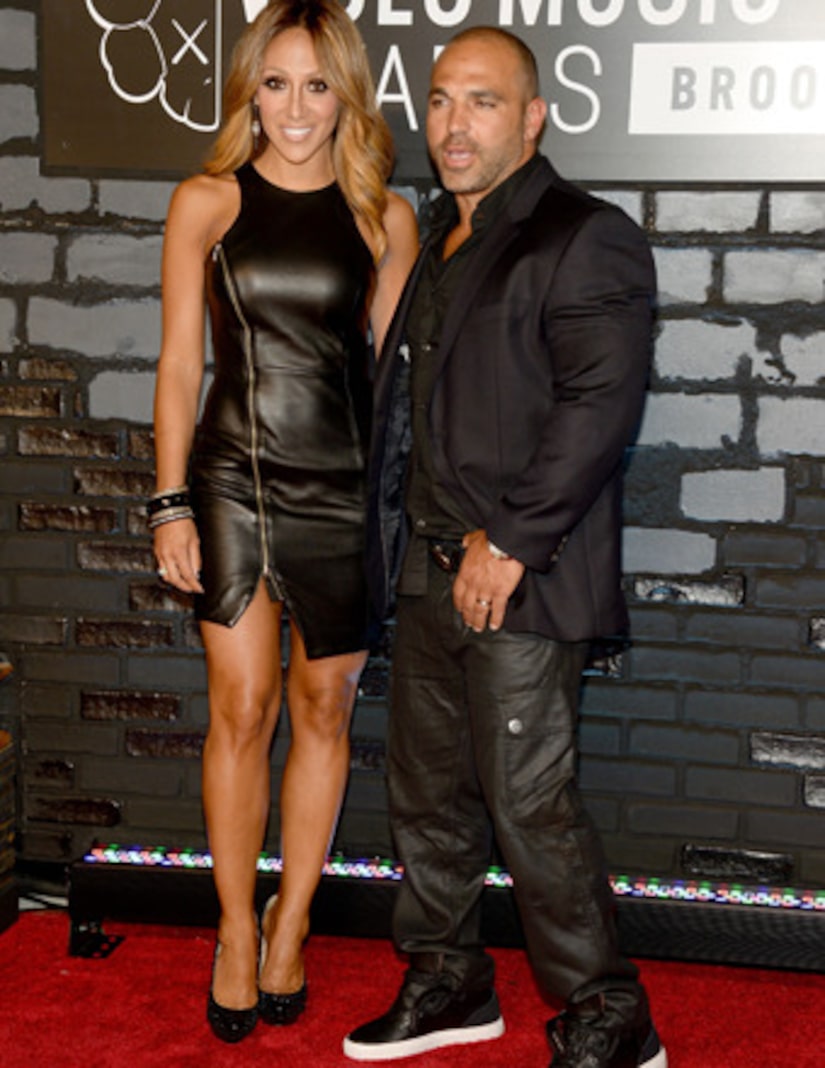 Teresa Giudice has a friend in "Real Housewives of New Jersey" co-star and sister-in-law Melissa Gorga.

“Extra’s” AJ Calloway caught up with Melissa and husband Joe on the MTV VMAs red carpet and got the scoop. Melissa explained, “Teresa knows that we’re here for her… At the end of the day the most important thing is those four little girls.  She’s being strong, we’re family and we’ll do everything we can to help.”

On July 29, Teresa and spouse Joe were charged in a conspiracy to defraud lenders and illegally obtain mortgages and other loans as well as allegedly hiding assets and income during a bankruptcy case.