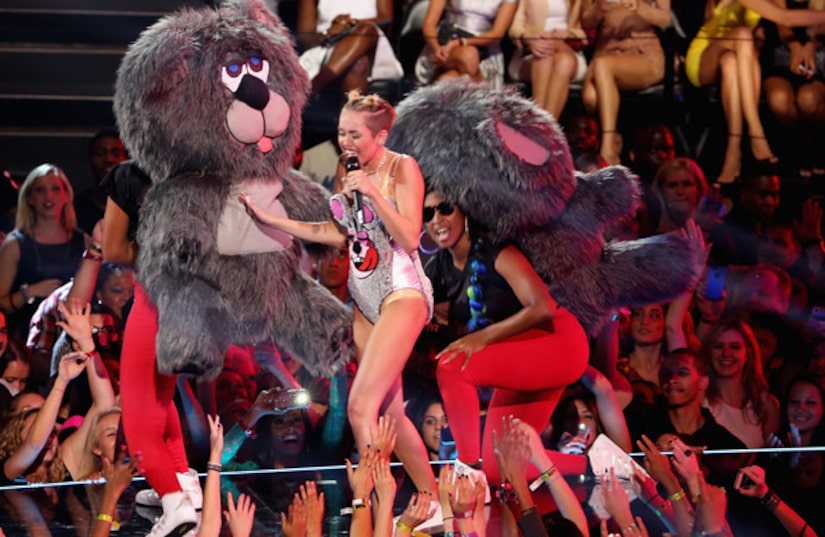 Miley Cyrus stunned the crowd at the MTV VMAs when she entered the stage via a teddy bear, wore a teddy bear inspired leotard and twerked on stage among… teddy bears. Check out the photos below!

Cyrus, who was competing for Best Song of the Summer, Best Pop Video and Best Female Video, also stripped down to a bikini-like ensemble for a performance of “Blurred Lines” with Robin Thicke.

It was a big weekend for the “Hannah Montana” alum who dropped a new single on Saturday called “Wrecking Ball,” along with the cover art for her Oct. 8 album, Bangerz.