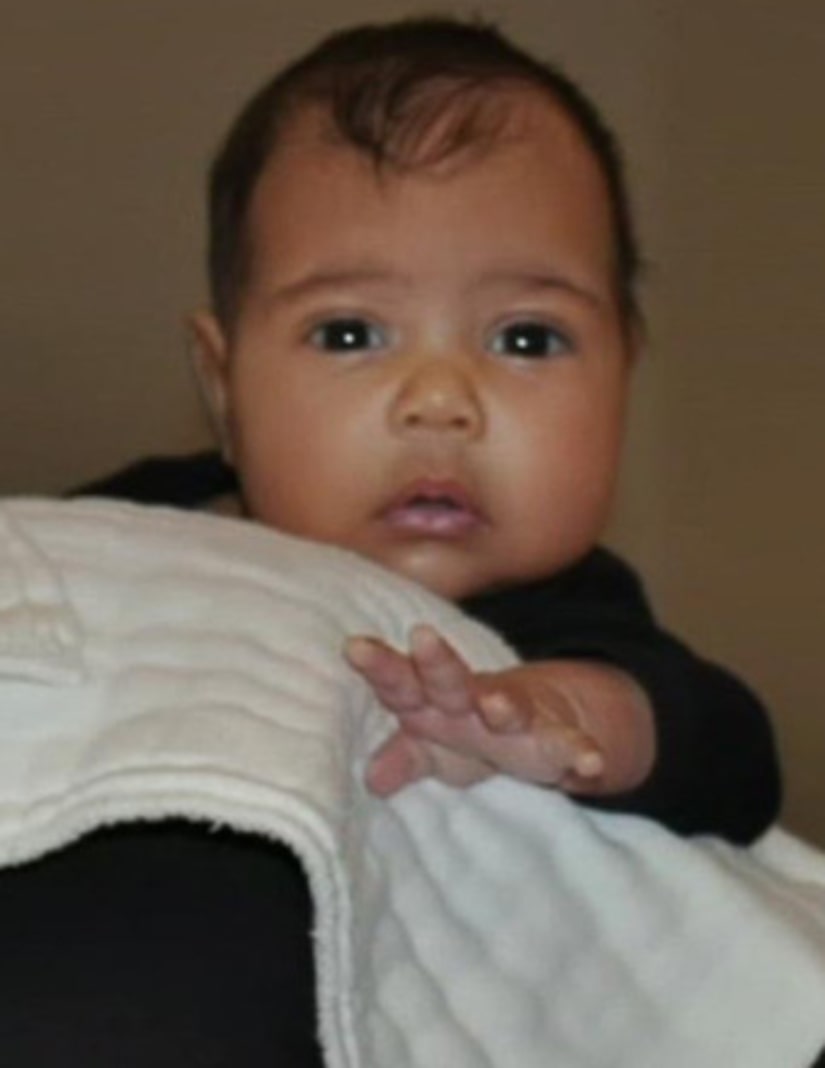 Kim Kardashian and Kanye West could have made millions for the first picture of baby North, but instead decided to make the little girl's photo debut on mom Kris Jenner's talk show on Friday.

Proud papa Kanye showed off his gorgeous daughter, explaining that they wanted to “stop all the noise” and he thought it would be “really cool” to do it on North's grandmother's season finale.

West's revealing interview covered everything from his love for Kim and North to living in China as a kid (yes, he speaks Chinese). When Kris called him the “softest and sweetest” dad, West joked, “Don't call me soft as a rapper.”

Kanye added that he'd had a change of heart about interrupting Taylor Swift's acceptance speech at the MTV VMA in 2009.

Referring to himself as a “crazy rock star” he explained, “The last thing I would want to happen to my daughter is some crazy drunk black guy in a leather shirt to come up and cut her off at an award show.”

Watch the full episode on YouTube starting at 5 PM PDT.