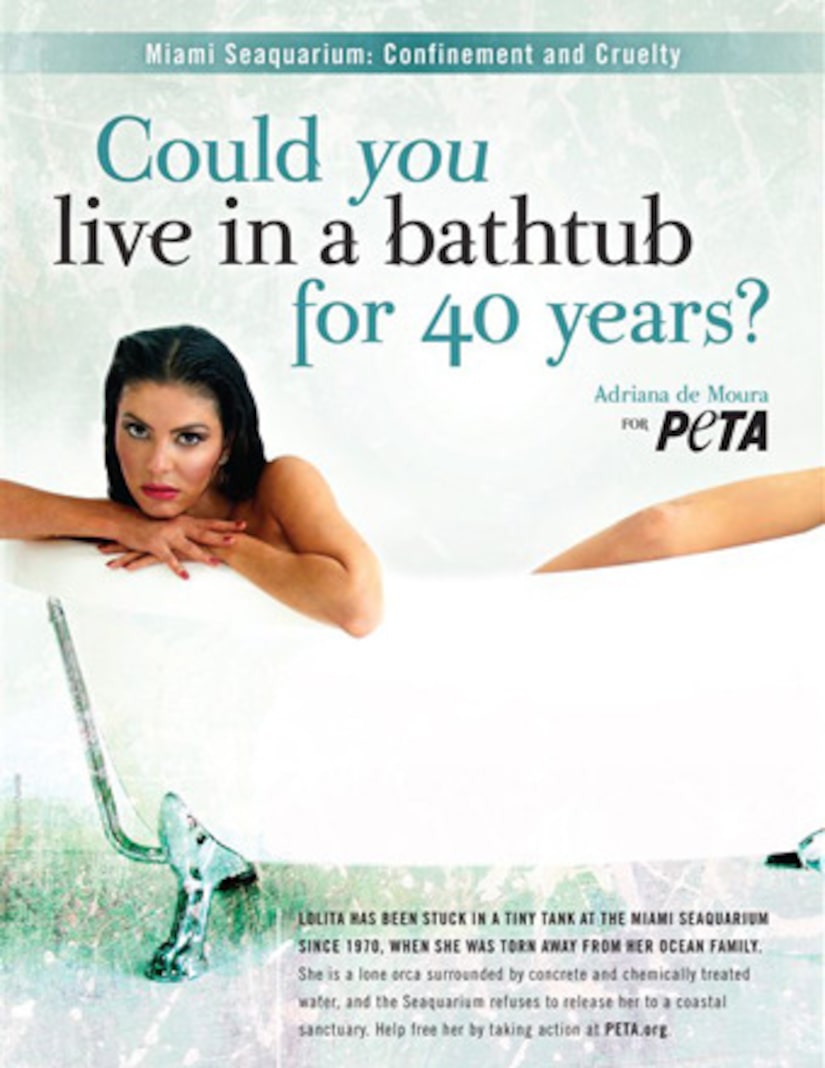 Adriana de Moura is the latest celebrity to take off her clothes for PETA. The “Real Housewives of Miami” star posed naked in a bathtub for the sexy ad, in support of a whale named Lolita.

The orca has been living in captivity at Miami Seaquarium since she was captured in 1970. The ad asks, "Could You Live in a Bathtub for 40 Years?"

In response to a petition filed by PETA and others, the National Marine Fisheries Service recently announced that it's considering affording Lolita the same protection that her wild family has under the Endangered Species Act.

With any luck, the whale will be reunited with her 82-year-old mother in the Puget Sound.