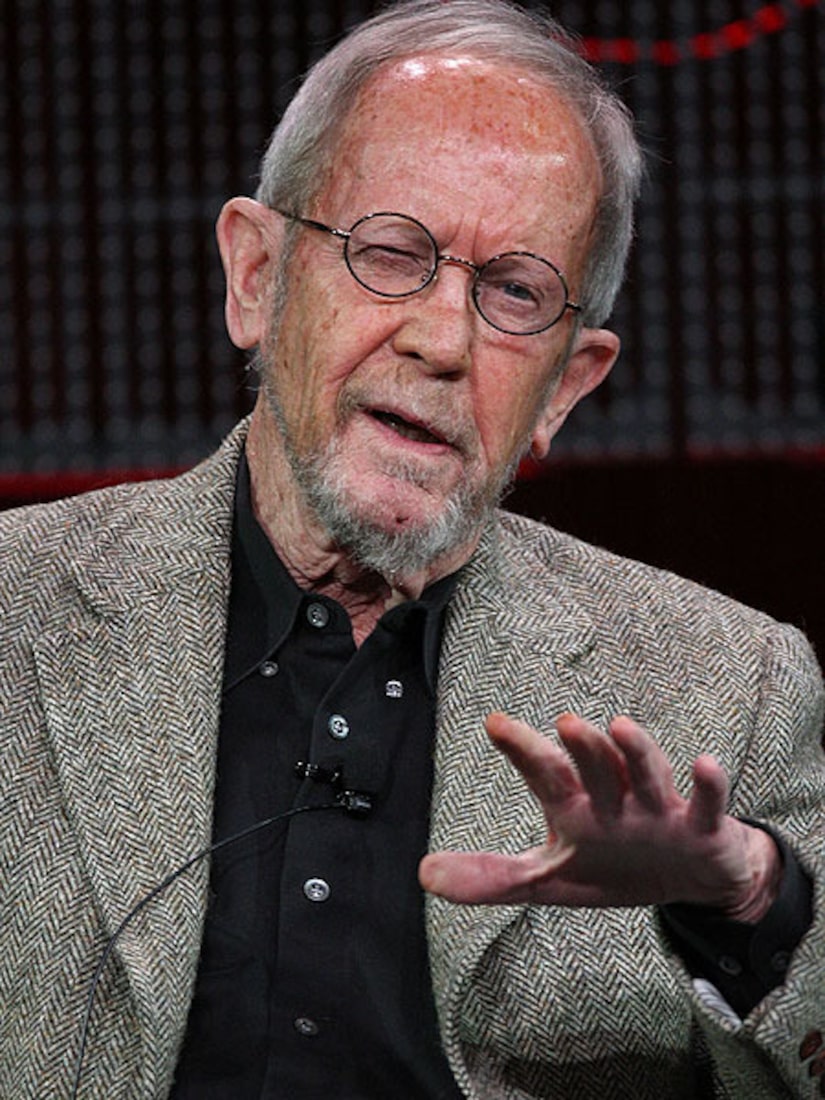 Author Elmore Leonard, best known for gritty crime novels including “Get Shorty” and westerns like the short story “3:10 to Yuma,” died Tuesday morning of complications from a stroke. He was 87.

Leonard was born in 1925 in New Orleans, grew up in Detroit and became interested in writing fiction at an early age. His first novel, “The Bounty Hunters,” a western set in Southern Arizona, was published in 1953.

He went on to write more than 40 novels, including “Road Dogs,” “Mr. Paradise,” and “The Hot Kid.” His last novel, “Djibouti,” about Somali pirates, was published in 2010.

Hollywood also loved Leonard. Many of his novels were adapted for the big screen, such as “Out of Sight,” “Get Shorty” and Quentin Tarantino's “Jackie Brown,” based on Leonard's novel “Rum Punch.”

John Travolta, who starred in "Get Shorty," said about Leonard's passing, "I was very fond of Elmore Leonard. And the joy of his writing inspired so many great artists... He put the icing on the cake of my career with 'Get Shorty.'"

Leonard was the screenwriter of many of his adapted novels, including 1974's “Mr. Majestyk,” starring Charles Bronson, and 1972's “Joe Kidd,” which starred Clint Eastwood.

Most recently, Leonard served as executive producer for the FX series “Justified,” which stars Timothy Olyphant as disgraced US Marshal Raylan Givens, a character created by Leonard in his novel “Raylan.”

In 2007, he published “Elmore Leonard's 10 Rules of Writing,” an 89-page book in which he shared advice and commentary on the writing process. He wrote, "My most important rule is one that sums up the 10: If it sounds like writing, I rewrite it."

Leonard was married three times and had five children with his first wife.