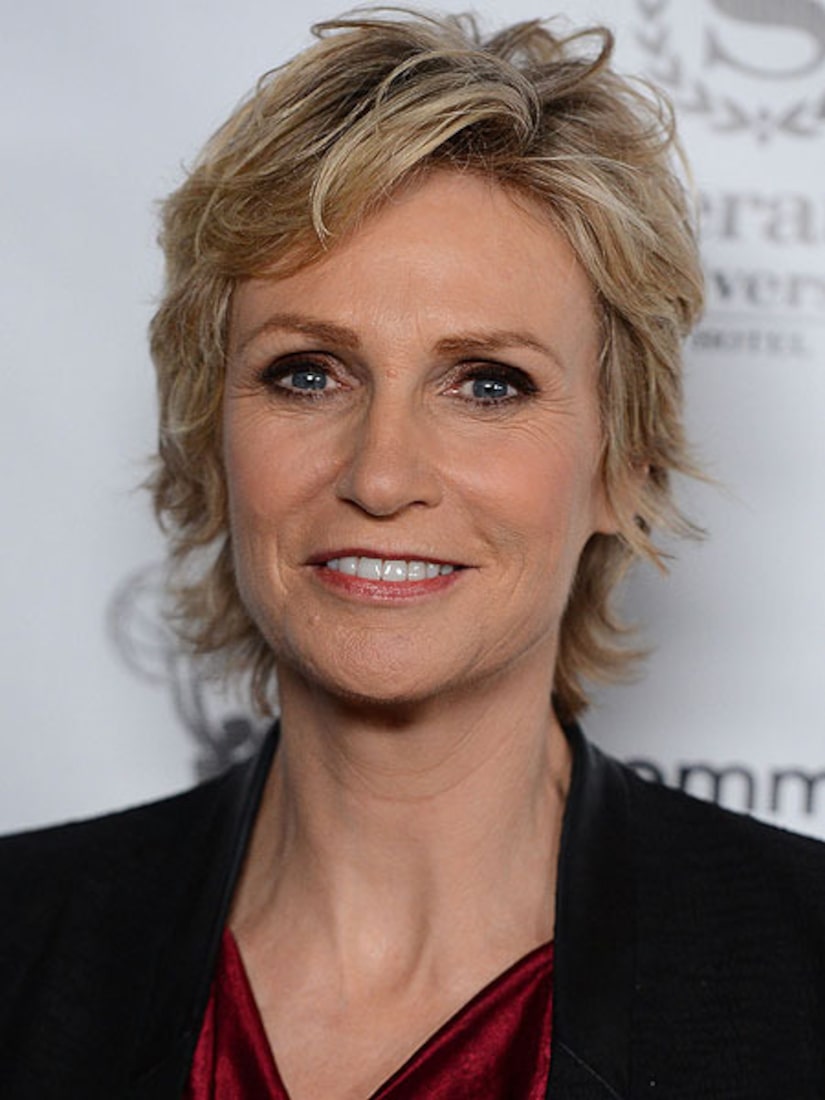 “Extra” caught up with Jane Lynch at a TV Academy event on Monday, where Lynch dished about the new season of “Glee.”

Lynch was happy to hear the news that “X Factor” judge Demi Lovato was joining the cast. “I heard six episodes. She is so awesome, so that’s good for us.”

The TV star also opened up about how the show is dealing with the death of Cory Monteith. “We will start shooting that on Friday. I haven't seen the script yet, so I don't know how they're handling it, but I'm sure they'll handle it beautifully. It'll be very sad. It's very hard.”