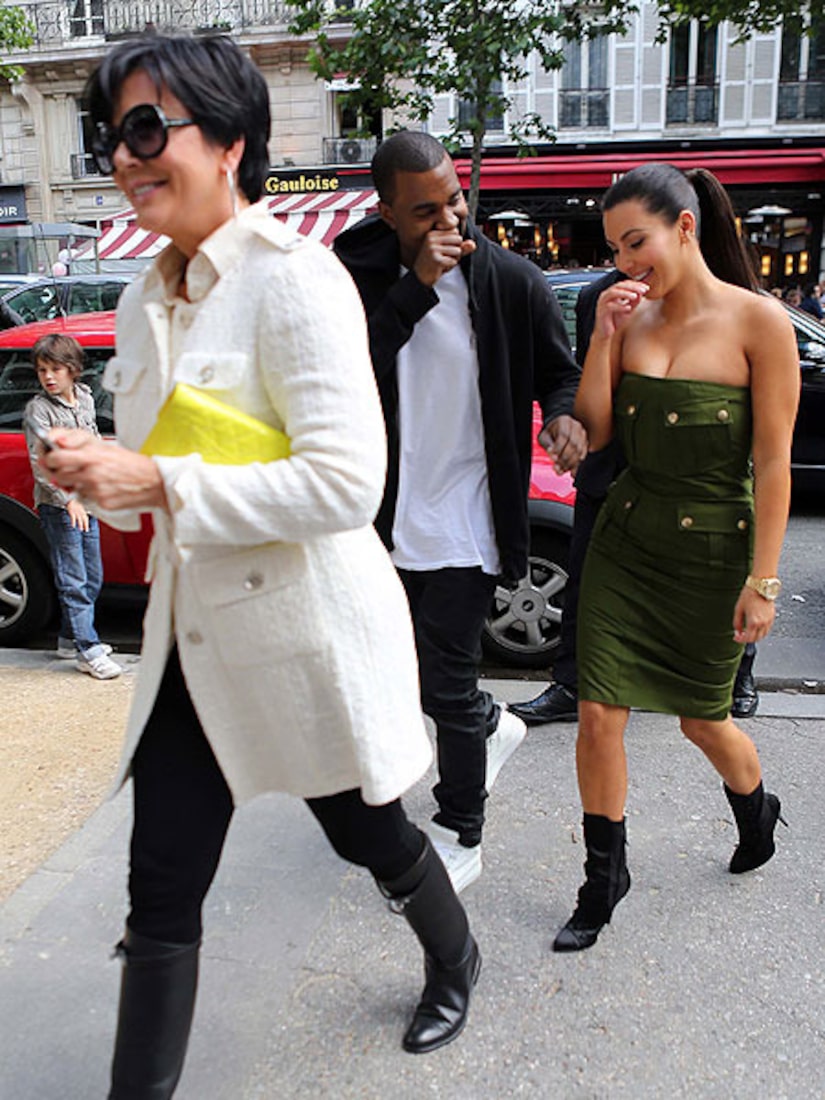 New dad Kanye West will make an appearance on Kris Jenner's daytime talk show on Friday, and he'll be bringing pics of his and Kim Kardashian's baby girl with him!

E! News reports that at the taping, which shot earlier this week, West proudly shows off a picture of little Nori.

One eyewitness told E! that "North is very beautiful. She has big cheeks, a lighter complexion than Kanye, but closer to Kanye's color than Kim's. She has straight black hair and almond eyes just like Kim. She has a round face and is really cute."

Kanye reportedly also gushed about "being in love with [Kim] from the moment he met her. He said he always wanted to be with her and that they were the perfect match."