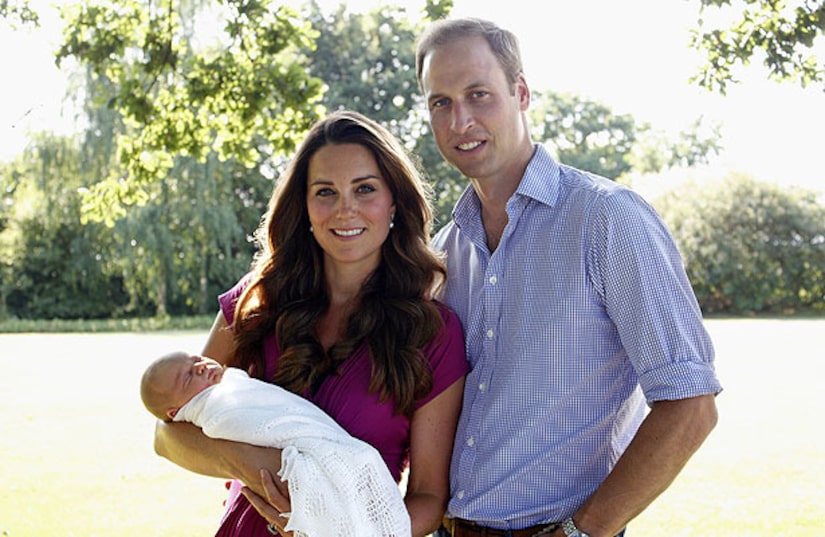 The casual family pics were taken by George's grandfather, Michael Middleton, in a backyard setting; a big departure for the royal family, which usually hires professional photographers for the first official shots.

Reports say the pics were shot earlier this month in the garden of the Middleton family home in rural Bucklebury, west of London. 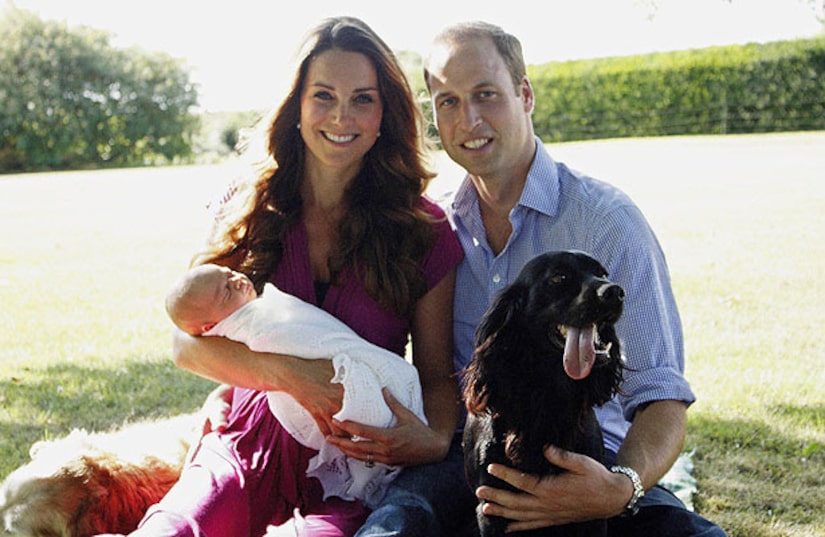 Prince William just gave his first interview since becoming a father, telling CNN about the little prince, "He's a little bit of a rascal, I'll put it that way. He either reminds me of my brother or me when I was younger, I'm not sure, but he's doing very well at the moment."