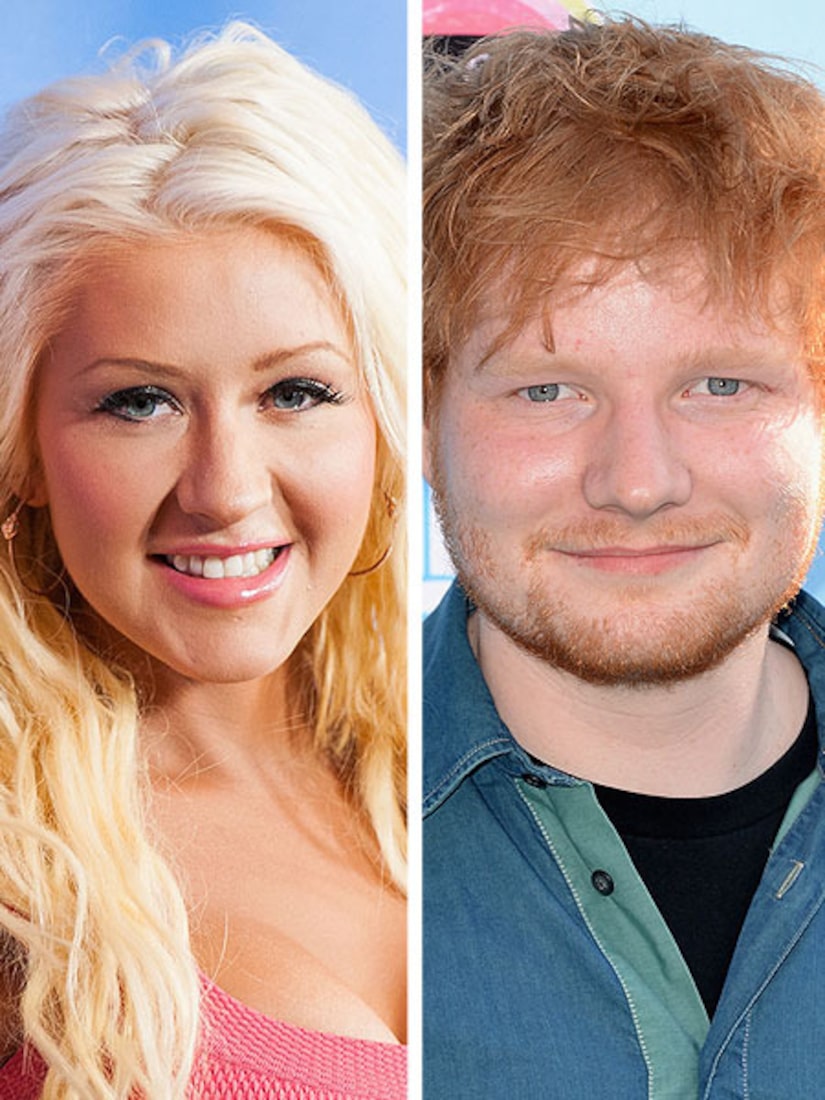 “Extra’s” Renee Bargh was on the set of “The Voice” with Christina Aguilera and Grammy-nominated singer/songwriter Ed Sheeran, who will join Aguilera as an advisor on Season 5 of the show’s battle rounds.

Sheeran said, “I didn’t know what I was getting into. I didn’t want to be too brutally honest. Everyone here has this kind of energy and vibe and talent that is like a driving force.”

Christina added, “It’s a positive team and everyone is dying when they see this guy, too. I’m, like, I’m secondary right now.”

Sheeran admitted he is a huge fan of Aguilera’s work, while Xtina said she would love to work with Ed in the future. “I see a collaboration in the works… this guy, he is super-talented.”

"The Voice" returns to NBC on Monday, September 23.