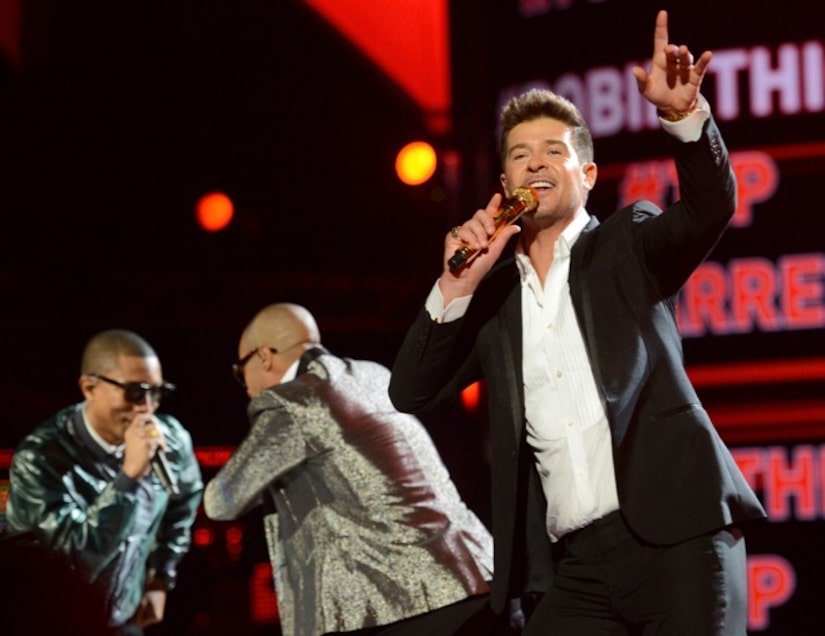 R&B artist Robin Thicke has filed a preemptive lawsuit against two of Marvin Gaye's relatives and Bridgeport Music to squash claims he copied elements from Gaye's "Got to Give It Up" to produce his hit summer song, "Blurred Lines," reports USA Today.

An attorney for Thick and collaborators Pharrell Williams and T.I. filed the suit after Gaye's family and Bridgeport reportedly demanded financial compensation for copyright infringement.

The suit alleges, "Gaye defendants are claiming ownership of an entire genre, as opposed to a specific work."

The suit continued, "Plaintiffs, who have the utmost respect for and admiration of Marvin Gaye, Funkadelic and their musical legacies, reluctantly file this action in the face of multiple adverse claims from alleged successors in interest to those artists. Defendants continue to insist that plaintiffs' massively successful composition, 'Blurred Lines,' copies 'their' compositions."