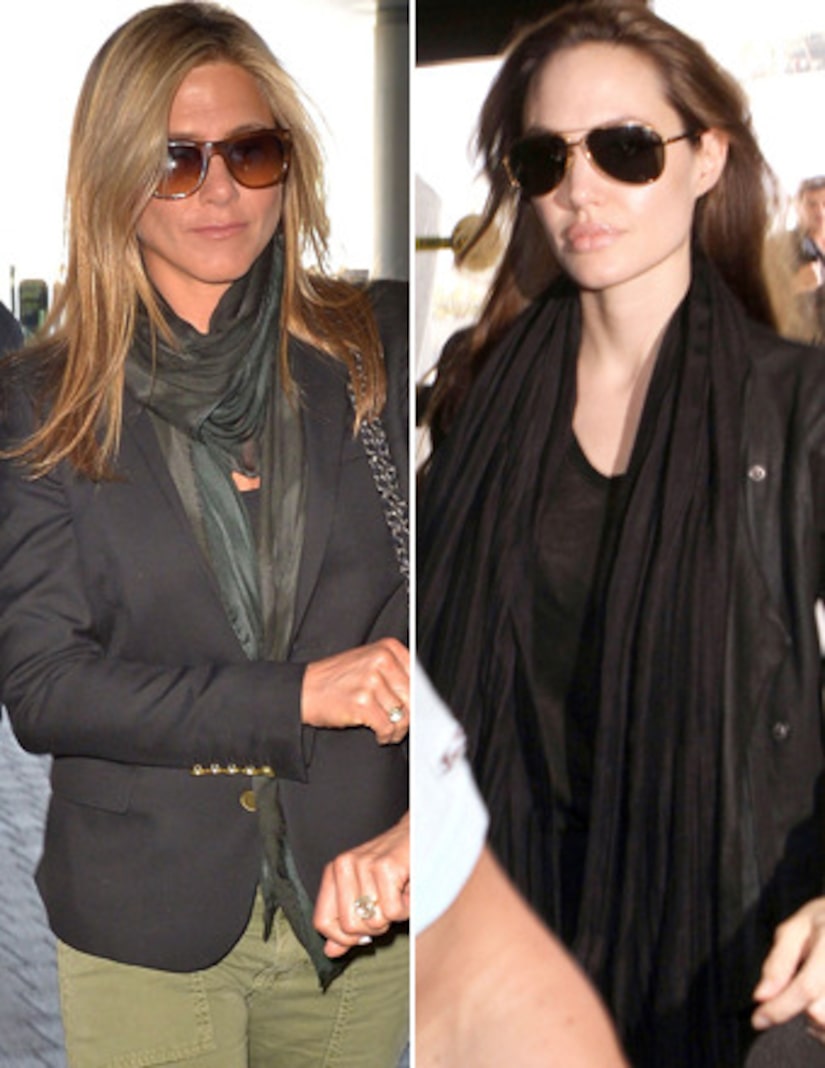 Rumor has it Jennifer Aniston and Angelina Jolie narrowly missed an awkward run-in on Sunday after they were booked on the same flight.

According to Eonline.com, Brad Pitt's former and current flames were both scheduled to fly first class on a British Airways flight from LAX to Heathrow on Sunday.

An airline employee reportedly noticed the A-list overlap and contacted Aniston's team. Soon after, her flight was re-booked for Monday.

A source told E! that neither actress knew about the near miss.

Do you believe the story? Tell us on our Facebook page!

They may have escaped an uncomfortable 10-hour flight together, but Jen and Angie's paths may cross soon enough.

Aniston is heading to the Toronto International Film Festival, which kicks off September 5, to promote “Life of Crime,” while Pitt will be there pushing “12 Years a Slave.” There's a good chance both will have their significant others in tow.

The re-booked flight aside, Jen recently told Aussie radio hosts Kyle and Jackie O that running into Brad and Angie wouldn't bother her in the least.

Aniston nonchalantly answered, "Either. That's a tie. I don't care. I don't find that bothersome."