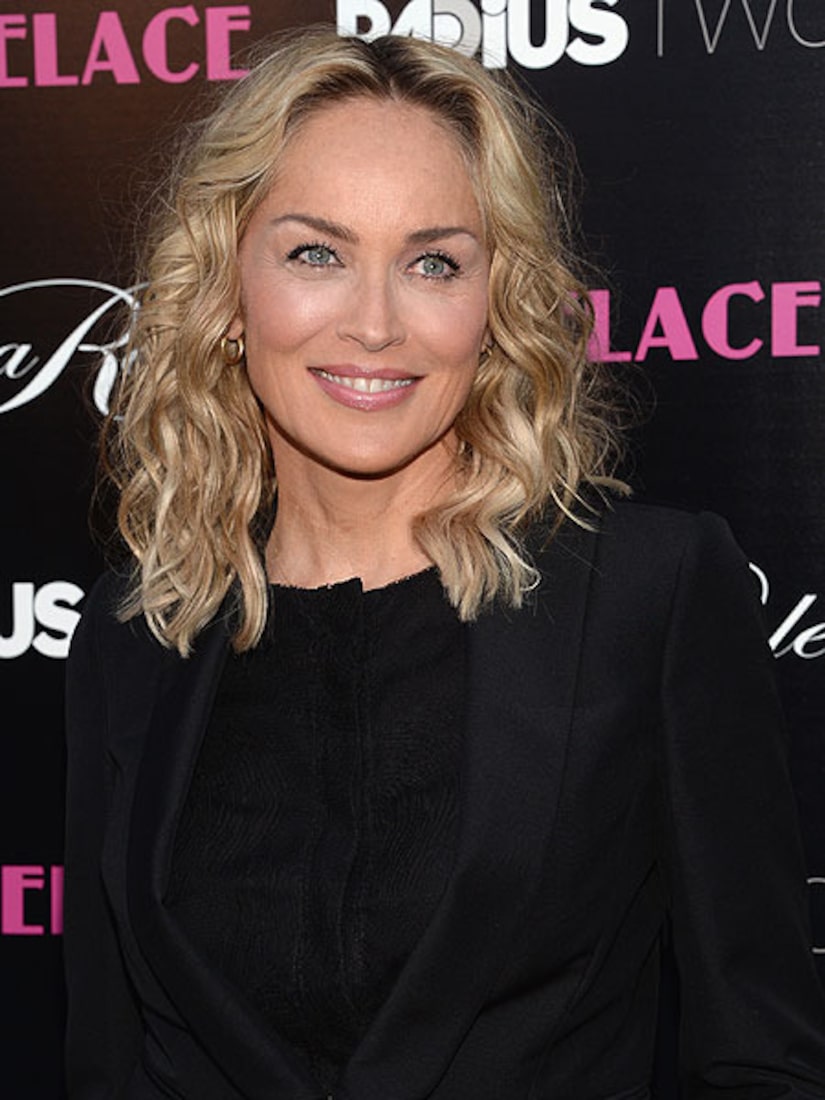 “Extra’s” Maria Menounos caught up with actress Sharon Stone for an in-depth interview about Stone’s new movie “Lovelace,” life as a single mom, and why she wants advice from Kim Kardashian.

Stone revealed she’s impressed with Kim K’s success. “She's not one of the greatest business people out there making gazillions of dollars because she's not a smart cookie! I wish she's give me an hour of business counseling, anytime.”

The actress also talked about being a single mom, and her recent trip to Paris for a fashion show with one of her sons. “We had a sensational time. It was great for my son because I’ve never taken him into my public arena. I’m very cautious about that with my children. It was the first time he saw that his mom was Sharon Stone, the movie star. He thought it was hilarious and wonderful. He was like, ‘Mom, you’re so fun!’”

Speaking of moms, Stone plays Linda Lovelace’s mother in the biopic “Lovelace” and said she gave star Amanda Seyfried some advice about the biz. “That first time you take on a big-league role, you're either going to pull it off or it's going to crush you.”

As for Stone’s other passion project, she spoke with Menounos about her tremendous success as the Global Fundraising Chairman for amfAR, the Foundation for AIDS Research.

Sharon recently raised $150,000 at the 4th annual Kiehl's LifeRide for amfAR, saying, “It's been an extraordinary way to spend the majority of my adulthood, and it has given my fame a lot of meaning for me.”