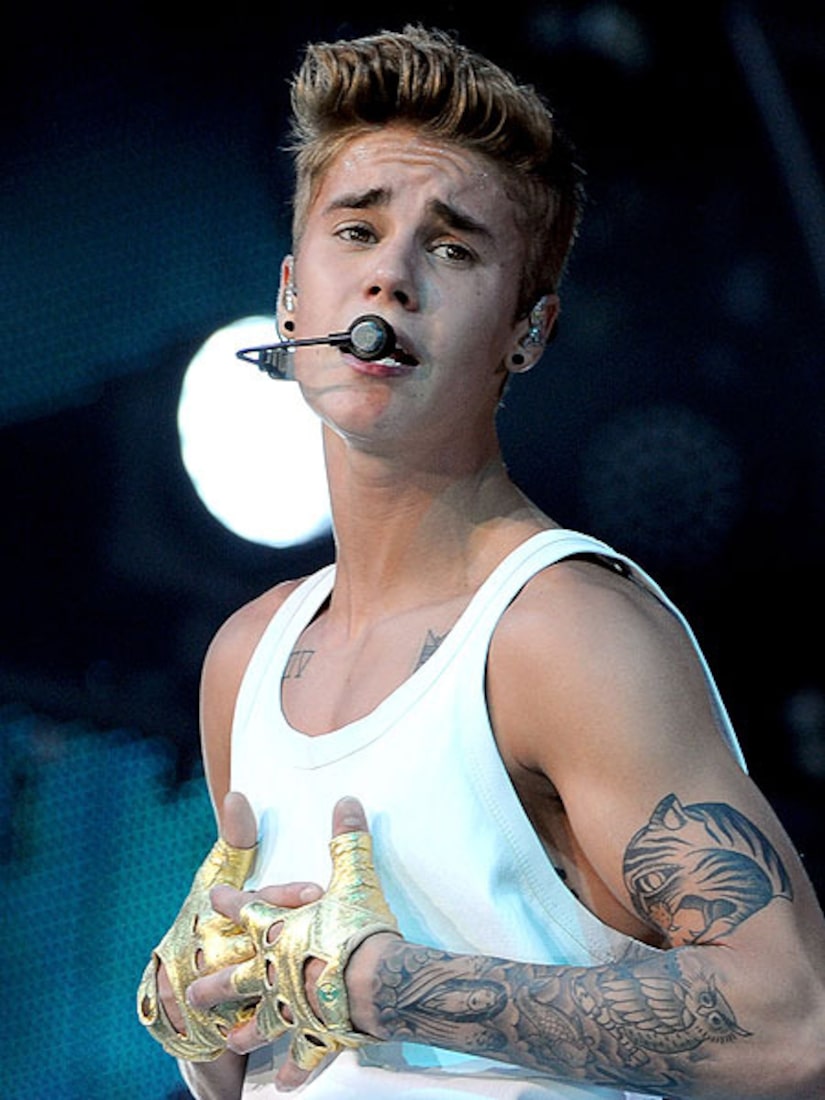 Justin Bieber's twig and berries were nearly the centerpiece at Thanksgiving last year when he showed up buck naked, serenading his grandmother with his guitar. Check out the pic here.

Sources told the site that the Biebs was staying with his Grandma for Canadian Thanksgiving in October 2012. He supposedly slept in on Turkey Day and when he woke up, he could tell the festivities were already underway.

As a joke, the “Believe” singer bounded downstairs in his birthday suit and began singing silly lyrics like “I looooove you grandmaaaa” in front of the crowd.

Everyone got a kick out of the stunt, including Justin's grandma!