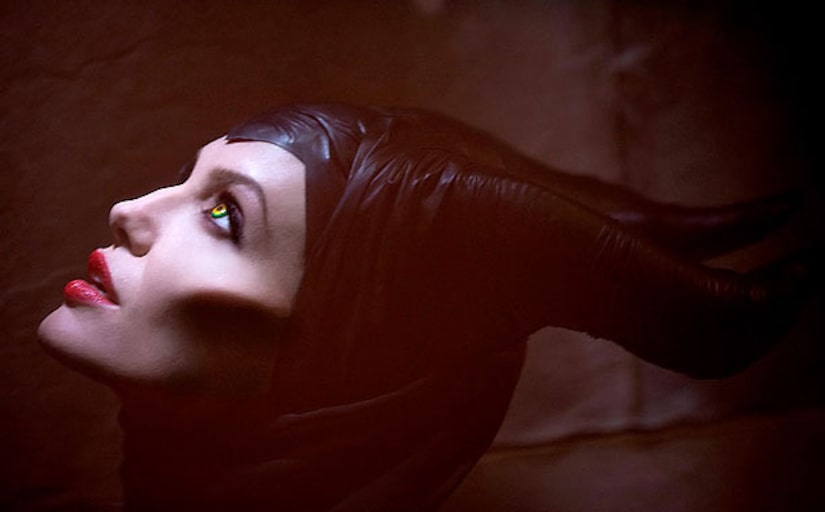 Actress Angelina Jolie, star of the upcoming film “Maleficent,” is known for playing many different types of roles, but this may be the first time she's portraying someone who frightens children.

At D23 this weekend to promote Disney's villain-themed take on the “Sleeping Beauty” fairy tale, Jolie told the audience, “The strange thing was people with little kids would visit the set and I would think, 'I'm a Disney character!' I'd go over to the children and say hi. And they would scream and run off. One little boy actually said, 'Mommy, please tell the mean witch to please stop talking to me.'”

Jolie said the only kid who wasn't scared was her daughter, Vivienne, who plays a very young version of Princess Aurora/Briar Rose. “She was the only 4-year-old who wouldn't scream,” Jolie laughed. Elle Fanning plays the teenaged Aurora.

The film, directed by Oscar-winning production designer Robert Stromberg, is a shift on the Disney animated version from 1959. Jolie said she has always loved Maleficent, the fairy shunned by the royal castle who seeks revenge by putting a curse on the infant Princess Aurora.

Angelina said, “Since I was a little girl, Maleficent was always my favorite. I was terrified of her, but I was so drawn to her. I wanted to know more about her, know what she was like and who she was. She had this elegance and grace, and yet she was so cruel, Just wonderfully and deliciously cruel.”

When word came out that Disney was developing a live-action version, she said members of her family remembered her fascination. “I got a call form my brother who said, 'You've got to try to get in on this,'” Jolie said.