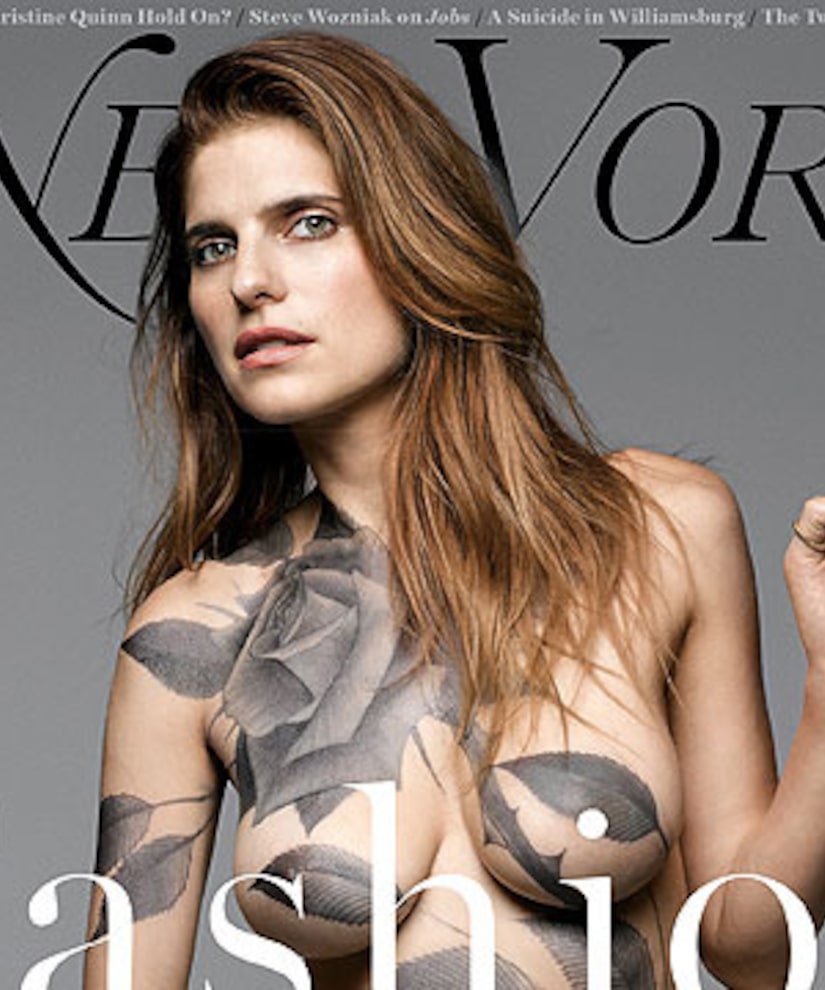 Bell told the mag she went straight from the photo shoot to a Hamptons wedding, and since tattoo transfers are fairly glue-­intensive, she didn't have time to remove the rose. “I had a spaghetti-strap maxi-dress on, and I came in with this massive flower on my chest, and nobody said a word.”

When Bell finally assured her godmother that the tattoo was fake, the whole party seemed to relax. “Everyone was apparently abuzz behind my back,” (mimicking their voices), “'I can't believe she did it.'” “'Did you see it?'” “'How couldn't I see it, are you kidding?'” “'Well, you know, she married that tattoo artist.'” The 34-year-old wed Campbell on June 1 in New Orleans.

Bell also talked about her comedy “In a World…” which she wrote, directed, produced and stars. The film takes a look at the competitive world of mostly male-dominated movie trailer voice-over business.

“I mean it,” she said when asked about the remarkably convincing promo she does at the end of the film. “This is a 93-minute audition to the voice-over world, hoping they will hear me.”

Bell was already honored with the prestigious U.S. Dramatic Waldo Salt Screenwriting Award for the film at the Sundance Film Festival in January.