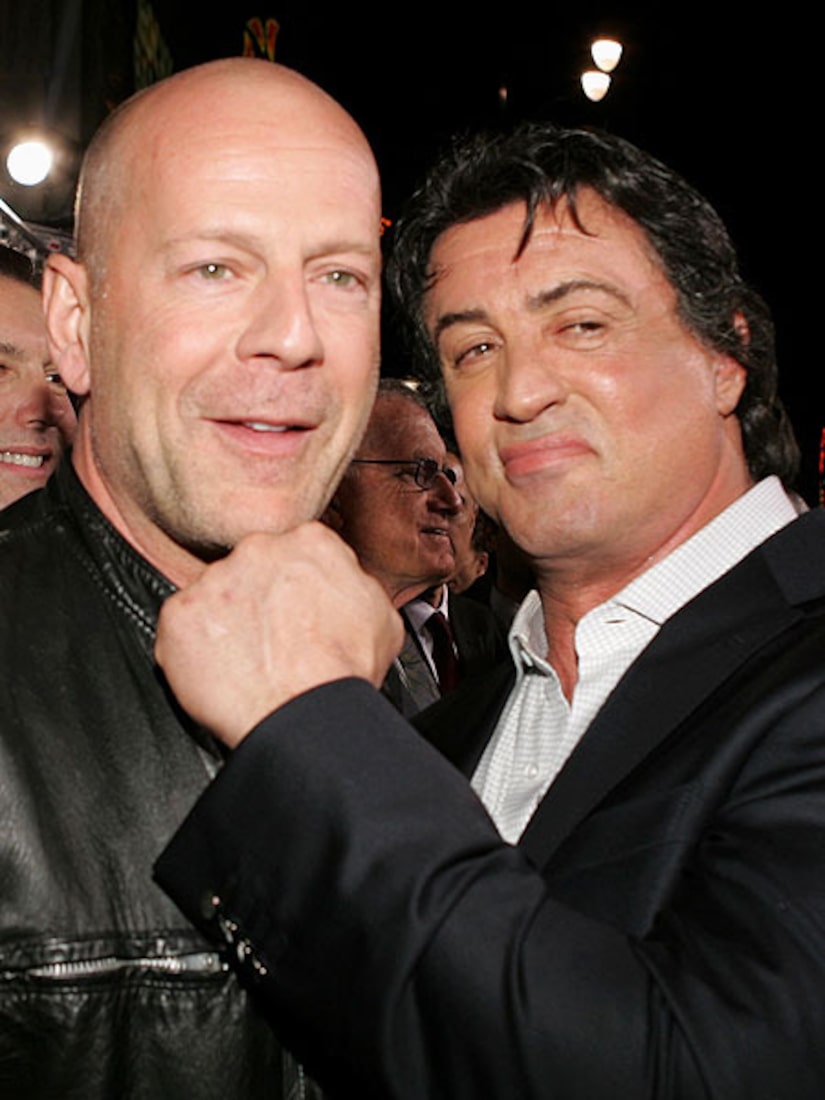 Actor Harrison Ford is stepping in to play a new character in "The Expendables 3," replacing Bruce Willis, who will not appear in the third installment.

On Tuesday, star Sylvester Stallone tweeted the Ford news, along with a jab at Willis. Sly wrote, “WILLIS OUT... HARRISON FORD IN !!!! GREAT NEWS !!!!! Been waiting years for this!!!!” and then followed with, “GREEDY AND LAZY ...... A SURE FORMULA FOR CAREER FAILURE.”

Stallone's rep told the Huffington Post that the actor's "greedy" and "lazy" comments were directed at Willis.

"The Expendables 3" will begin shooting this month with Schwarzenegger, Stallone, and now Ford. There's also talk that Mel Gibson could join, but that hasn't been confirmed. Wesley Snipes and Milla Jovovich are also attached the project, which is expected in theaters August 2014.