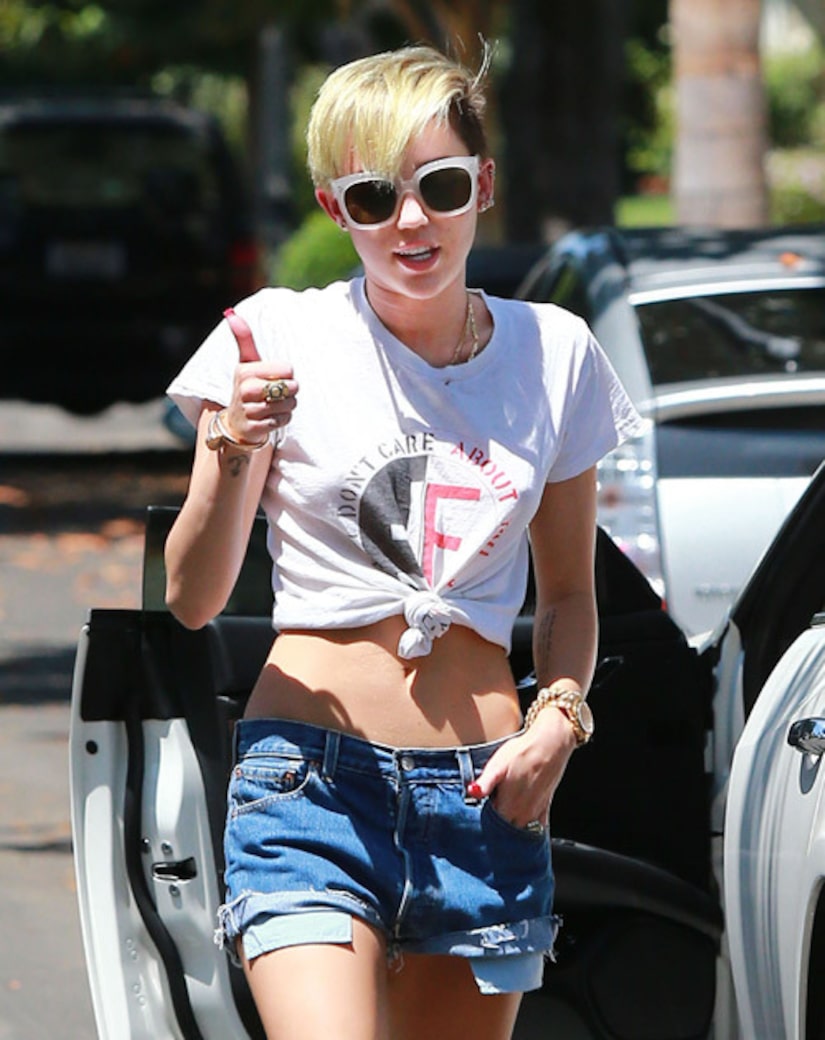 In case you don't know what the name means, “you'll know as soon as you hear it,” Miley assured, adding, “Nothin but #BANGERZ.”

Soon after the announcement, a snippet of the song “Bangerz” – supposedly featuring Britney Spears – was allegedly leaked online. Listen!