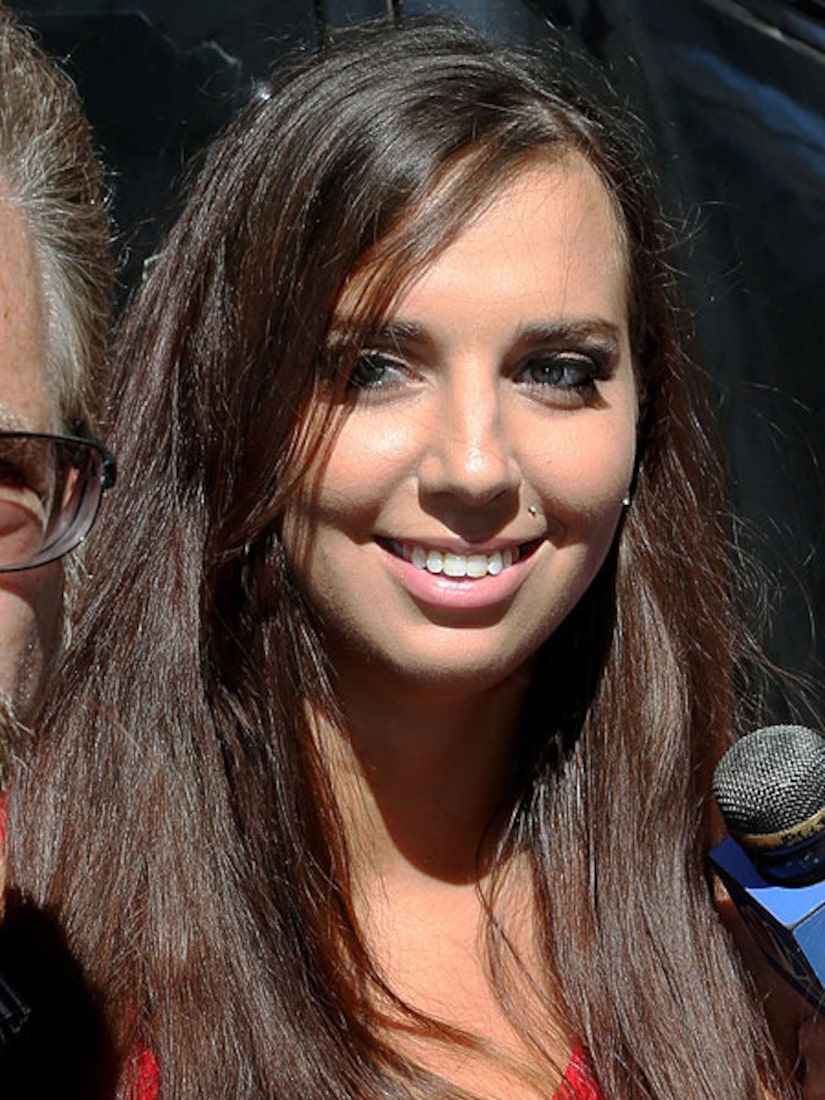 Sydney Leathers, the brunette who had a virtual affair with NYC mayoral candidate Anthony Weiner, is making the best of her 15 minutes of fame.

In the X-rated video, which Vivid describes as "hardcore," Leathers poses topless while holding a phony newspaper called the New York Bugle -- with the headline "WEINERGATE."

On the Vivid website, Leathers wrote, "Anthony Weiner and I had a 'sexting' relationship for several months, and that came out in the press, so here I am!

She added, "He would always compliment me on my breasts, my a--. He would tell me stuff about my feet, and how good I looked in heels.”

In an interview on Saturday with The News, Leathers explained she wanted to make the video so she could earn some money until the scandal blew over.

Sydney said, “I can't work or go to school right now, how else am I going to make a living? This has consumed my life for the moment. I do want to go back to normal life, but the campaign season is not over. I think people forget I'm a very normal girl.”

On Monday, Weiner was scheduled to unveil a second policy book outlining his vision for City Hall.