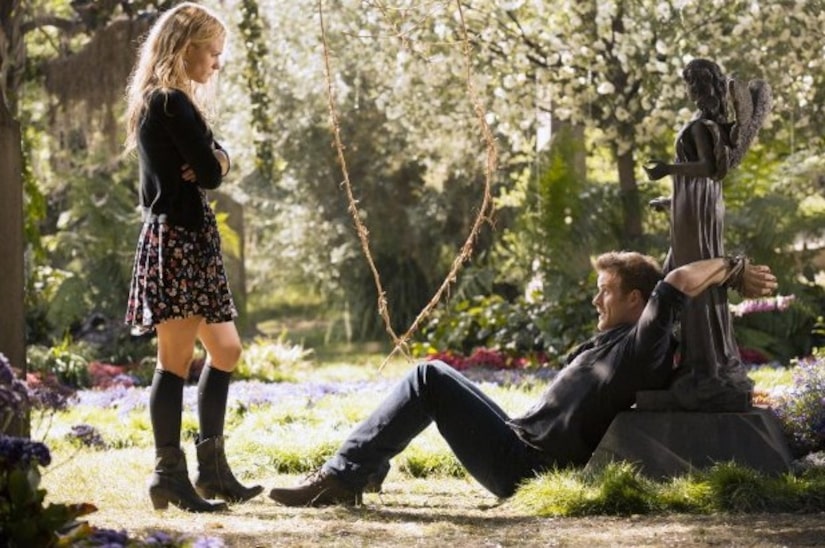 There are only two more episodes left on “True Blood” and things are looking dire for the vampire denizens of Bon Temps.

Here are some highlights from Sunday night's episode, “Dead Meat”:

-- In the vampire prison, our favorite bloodsuckers Jessica (Deborah Ann Woll), Pam (Kristin Bauer van Straten), Tara (Rutina Wesley) and a few others have refused to drink the Tru Blood tainted by the deadly Hep virus. For that, they are locked in the circular white room, in which, per Bill's (Stephen Moyer) future vision, they will be burned alive by the sun. Bill needs Warlow's faerie blood pronto in order to save them, but how in the world can he get to them in time?

-- Sookie (Anna Paquin) is given an ultimatum by Warlow (Robert Kazinsky), who has been hidden away in faerie land. He'll help Bill (Stephen Moyer) if Sookie agrees to be his faerie-vampire bride. She spends the episode sulking and grappling with what her new life would be like, and finally decides to accept Warlow's “proposal.”

-- When Bill and Sookie arrive to faerie world to grab Warlow, they find the faerie vampire with his throat cut, on the brink of death. Eric (Alexander Skarsgard) has beaten Bill and Sookie to the punch, exacting his revenge on Bill, who couldn't help save Eric's sister Nora, who died from the Hep virus.

-- Sarah Newlin (Anna Camp) has become even more dangerous since the governor died, trying to keep his death a secret, producing the tainted Tru Blood and running the vampire torture chambers. Someone needs to put this woman down.

In other episode moments, Alcide (Joe Manganiello) has decided to give up being pack leader when it gets to bloodthirsty for him; Sam (Sam Trammell) finds out he's going to be a dad; Arlene (Carrie Preston) tries to cope with Terry's death and his funeral arrangements; and Jason (Ryan Kwanten) has become the play toy for another female vampire.

Stay tuned to see what cliffhanger they'll leave us with at the end of Season 6.