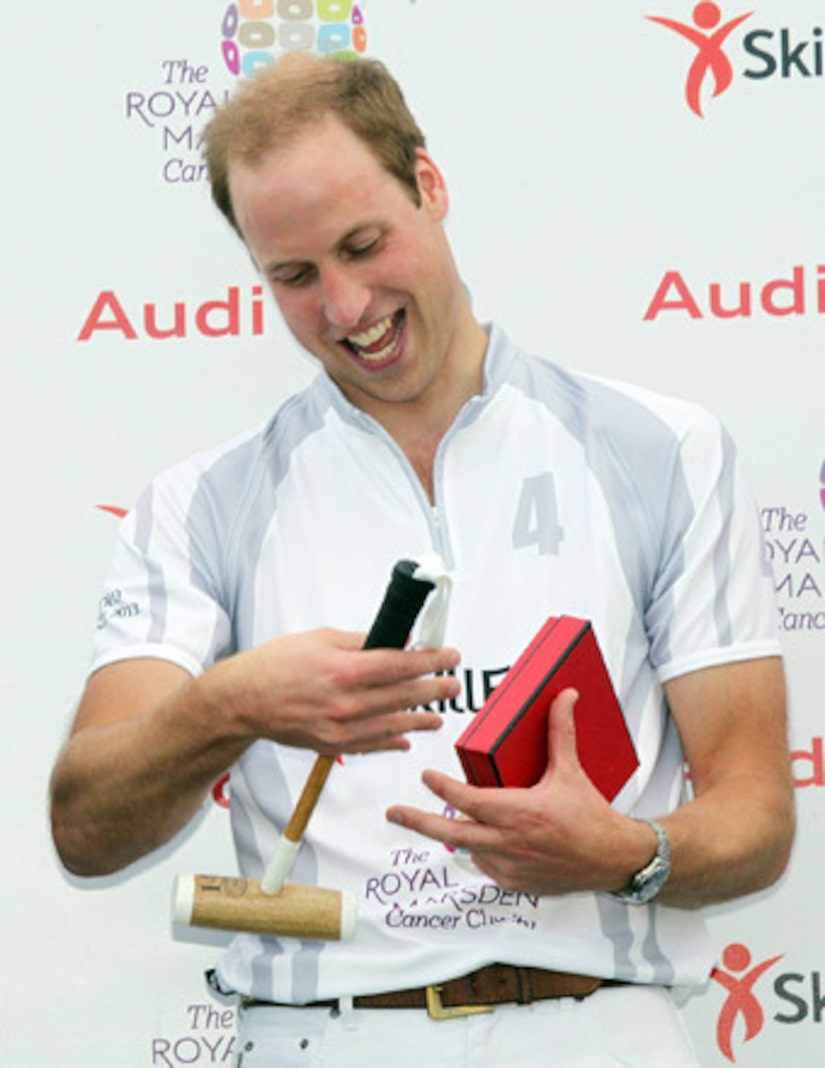 New dad Prince William took a royal baby break on Saturday to play polo with brother Prince Harry. Although he managed to score the winning goal for his team, William told the press his mind was on Prince George.

"I was in baby mode out there, thinking about nappies, I wasn't really in the zone," he confessed, adding it was "good to get out of the house.”

After the Audi Polo Challenge, which took place in Berkshire, he was presented with a gift. He jokingly asked if it was diapers, admitting, “I've got to pick some up on the way home.”

The gift was actually an aww-inducing mini polo mallet for his newborn son.

According to People, he later told guests, "I've got to make sure I'm not too late back,” adding that Prince George “likes to move around a lot, he wriggles a lot, he keeps us on our toes."

Kate Middleton and Prince William welcomed the third-in-line to the throne on July 22.