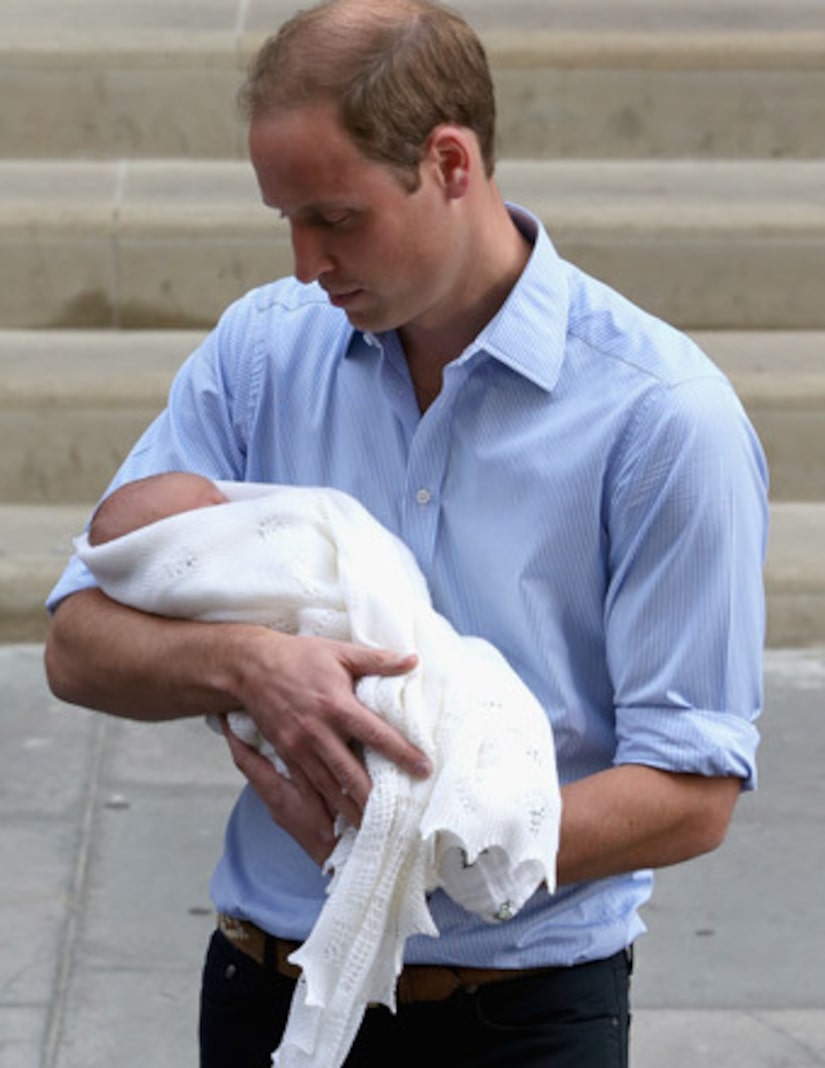 Here are a few of our favorite things about the official document:

Royal Occupations: Prince William and wife Kate Middleton list their occupations as the Prince and Princess of the United Kingdom! According to the Huffington Post, Princess Diana didn't have a space to write her job back in 1982.

Palatial Digs: The address on file is, “Kensington Palace, London W8 4PU.” How cute that they thought a zip code was needed.

Priceless Autograph: Only one parent is required to sign the document, so the new dad did the honors, simply writing, “William.”

Name Fit For a King: In case there was any speculation, they really did name the little guy… His Royal Highness Prince George Alexander Louis of Cambridge. 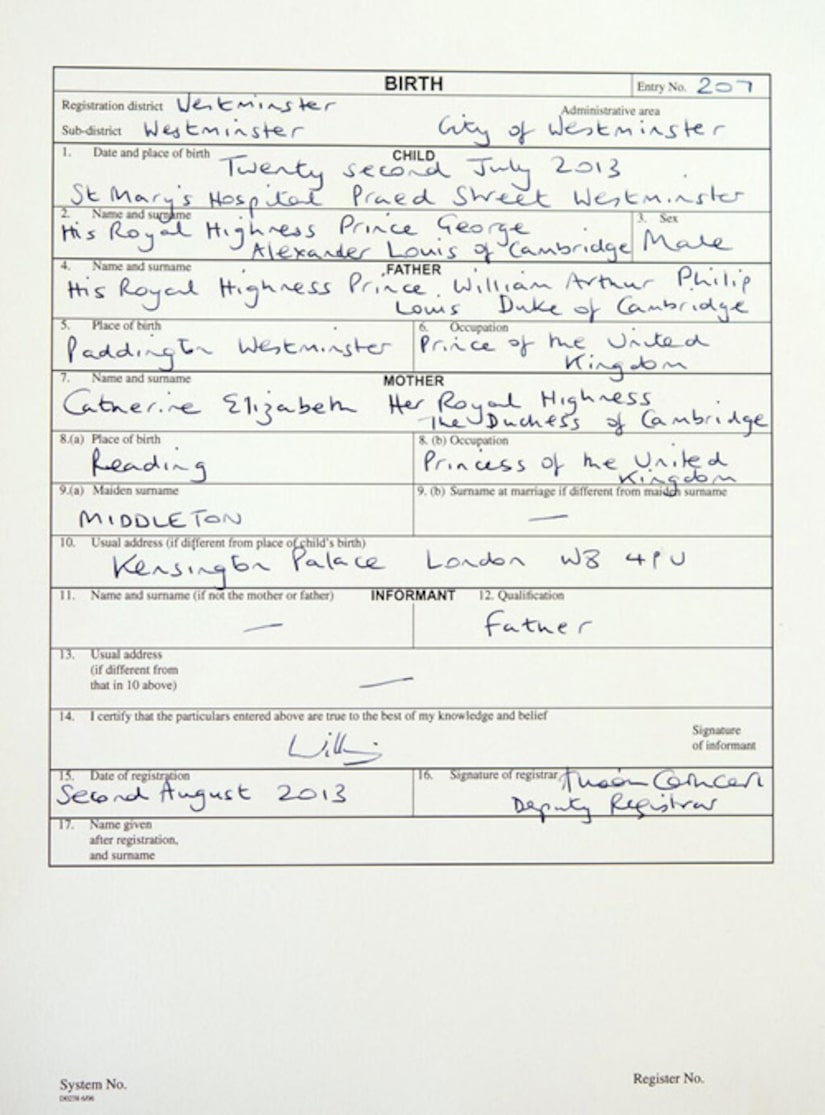