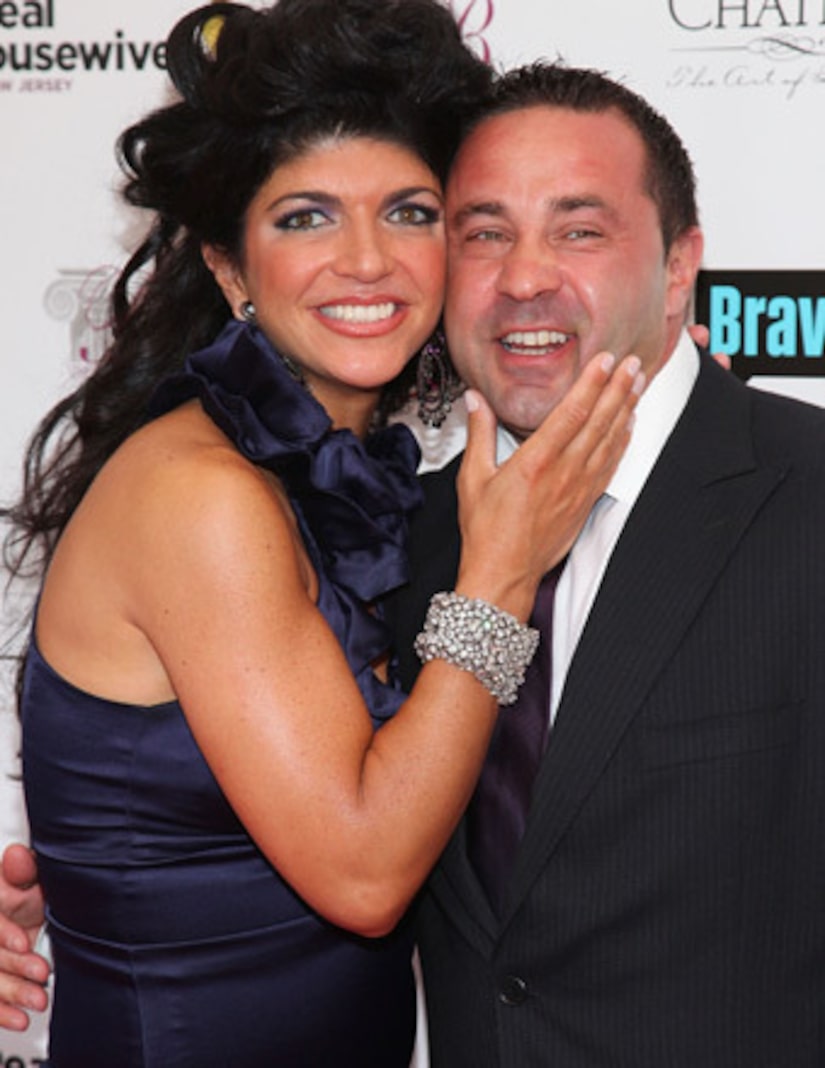 “The Real Housewives of New Jersey” stars Teresa Giudice and her husband Joe, who are facing federal fraud charges, appeared in court on Tuesday and were freed on $500,000 bond.

The reality stars had to surrender their passports and are not allowed to travel outside New Jersey and New York. Joe, who is not a U.S. citizen, could be deported to Italy if convicted, reports the AP.

Teresa, 41, and husband Joe, 43, of Montville Township, N.J., were charged in a 39-count indictment with conspiracy to commit mail and wire fraud, bank fraud, making false statements on loan applications and bankruptcy fraud. They have not entered pleas.

In the indictment, Giudices are accused of submitting fraudulent mortgage and other loan applications from 2001 through 2008, a year before their show debuted on Bravo, along with making phony claims about their employment status and salaries.

Joe Giudice also failed to file tax returns for the years 2004 through 2008, when he is alleged to have earned nearly $1 million, the government said.

A spokesman for Bravo said he had no comment, but Teresa released a statement to New Jersey's Star-Ledger, saying, "Today is a most difficult day for our family. I support Joe and, as a wonderful husband and father, I know he wants only the best for our lovely daughters and me. I am committed to my family and intend to maintain our lives in the best way possible, which includes continuing my career. As a result, I am hopeful that we will resolve this matter with the Government as quickly as possible."

Her attorney also told the paper in an email, "Teresa will plead 'not guilty.' The judicial process that begins today... is a search for the truth. As it moves forward, we look forward to vindicating her."