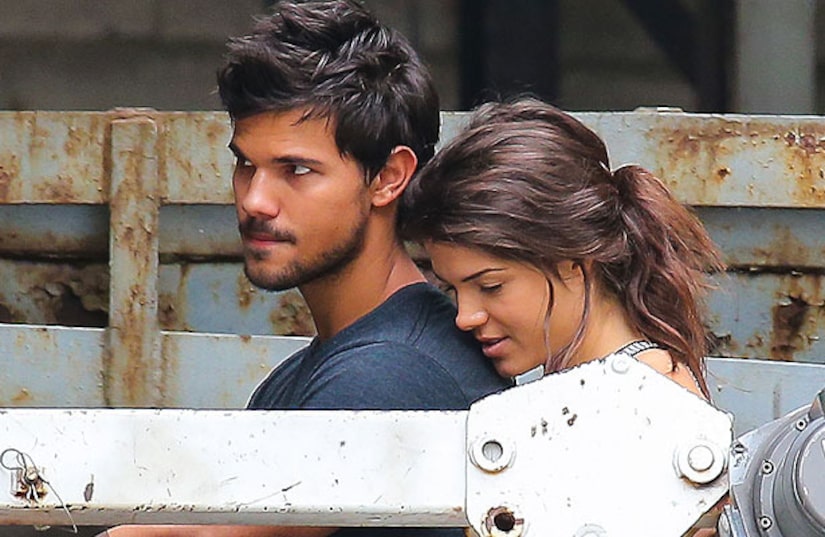 Lautner, 21, and Avgeropoulos, 27, were snapped holding hands and walking around NYC, where they are filming their action thriller, “Tracers.”

A source told People.com, "They're happy and having a fun time together.”

The two also reportedly enjoyed a date night at a performance of Blue Man Group on July 15.

A source told New York Post, "After the show they popped downstairs to meet the cast. But Marie, who's on crutches due to a leg injury, had a tough time getting back up to leave. [Taylor] carried her up piggyback."

This isn't the first time Lautner has been linked to a co-star. He dated Lily Collins while making “Abduction.” They broke up in 2011.