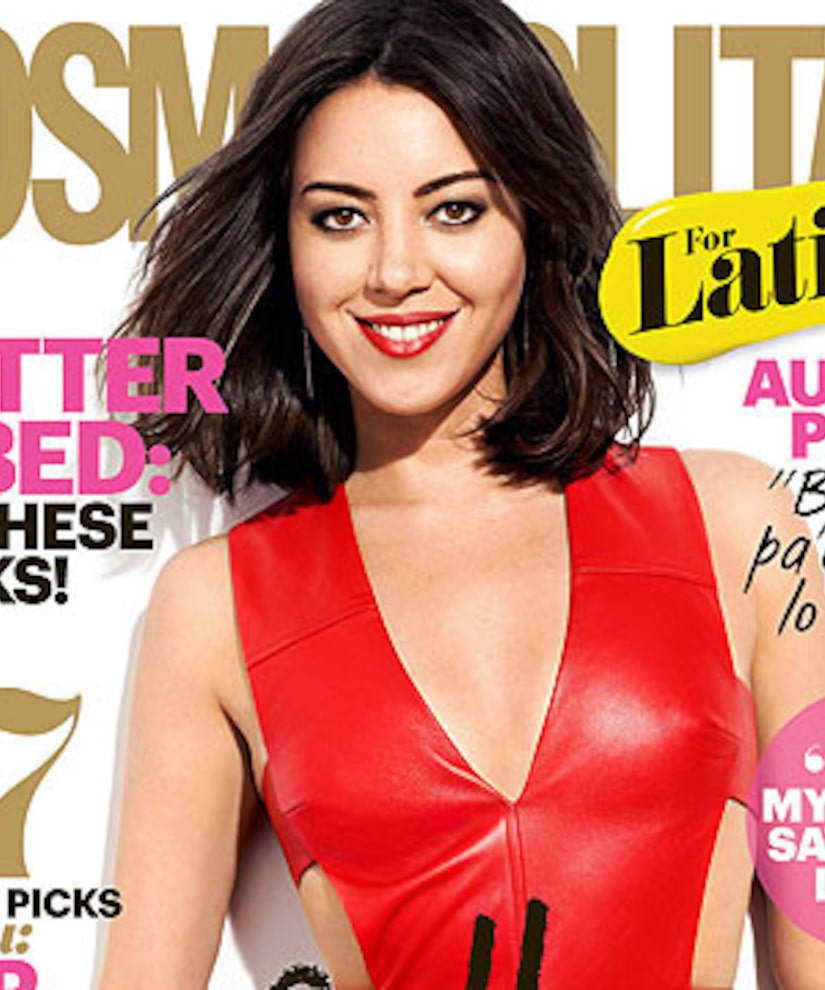 Funny girl Aubrey Plaza, star of the NBC hit show “Parks and Recreation” and the new indie comedy “The To Do List,” appears on the cover of Fall 2013 issue of Cosmopolitan for Latinas.

In her interview with the magazine, she discussed her own brand of humor, what works in her relationship with screenwriter/director Jeff Baena, and being recognized by fans.

Plaza explained, “I was in New Orleans this spring, and a guy came up to me and screamed, 'It's you, it's you! Say something you would say,' and I went, 'Leave me alone!' and he was like 'Oh, that was perfect! Do it again.' And I was like, 'No, really, leave me alone!' I was thinking that it's awesome that I play this mean character. It's kind of hilarious because I think I have a 'mean-girl pass' at this point. I could say whatever I want!”

Plaza added, “Humor is the way I deal with everything. Whether it was a sh*tty job, a boring class, or anything, my brain is always looking at it through that lens. It's probably some kind of defense mechanism.”

On her relationship with screenwriter/director Jeff Baena, the actress said, “He's a creative person and we understand each other on that level. When we're together we like hanging out at home. We're happy having people over and playing Settlers of Catan or Battlestar Galactica. We're kind of dorks.”

As for her sexiest, fantasy dress-up outfit ideas, “Old seahag with a bunch of ropes and seaweed hanging off me.” 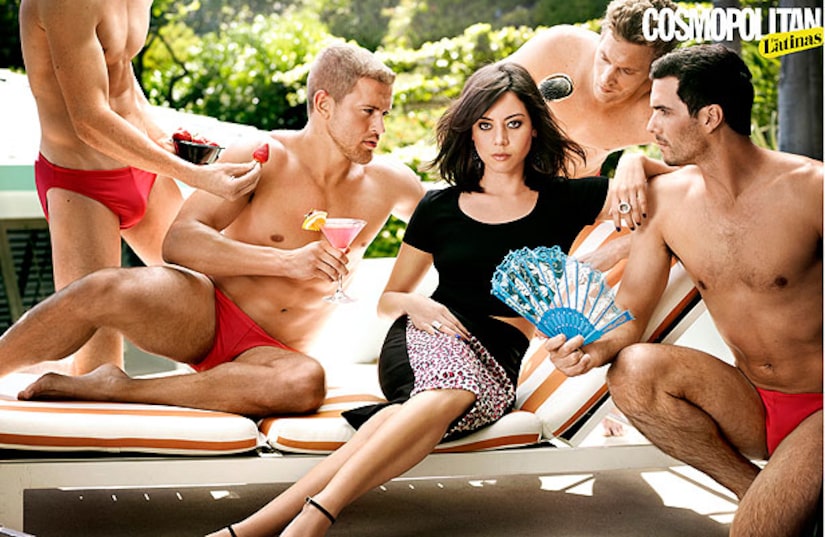 Read more of Aubrey's at Cosmopolitan.com and pick up the issue, on newsstands August 6.