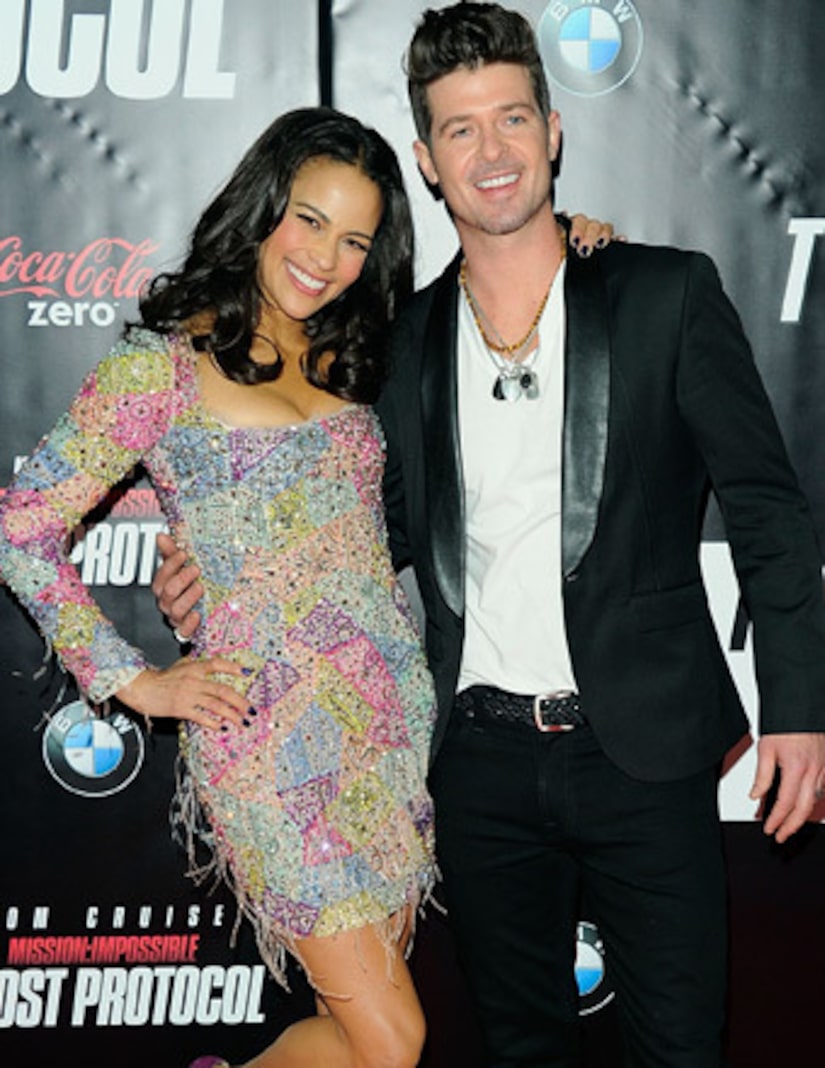 Paula Patton is a total bad girl in the bedroom! Hubby Robin Thicke was spilling steamy secrets about the couple's love life during a recent interview with Howard Stern.

He told the shock jock that “Blurred Lines,” about a good girl who wants to be a bad girl, is “very much about my wife.”

“My wife is Mrs. Good Girl,” he explained. “Gradually, over our marriage, I've turned her into a bad girl.”

When Howard asked what he meant by “bad girl,” Robin replied, “Just meaning she's naughty sexually… I won't get into too many details.”

Stern pressed on, quizzing him with, “Do you spank her? Have you ever tied her up?” Thicke ventured to say, “We've done just about everything, yeah… and she likes it all.”

To clarify, Howard continued, “But you've never brought another woman into the mix?”

Robin played coy, answering, “Out of respect for her, we just won't answer that one.”