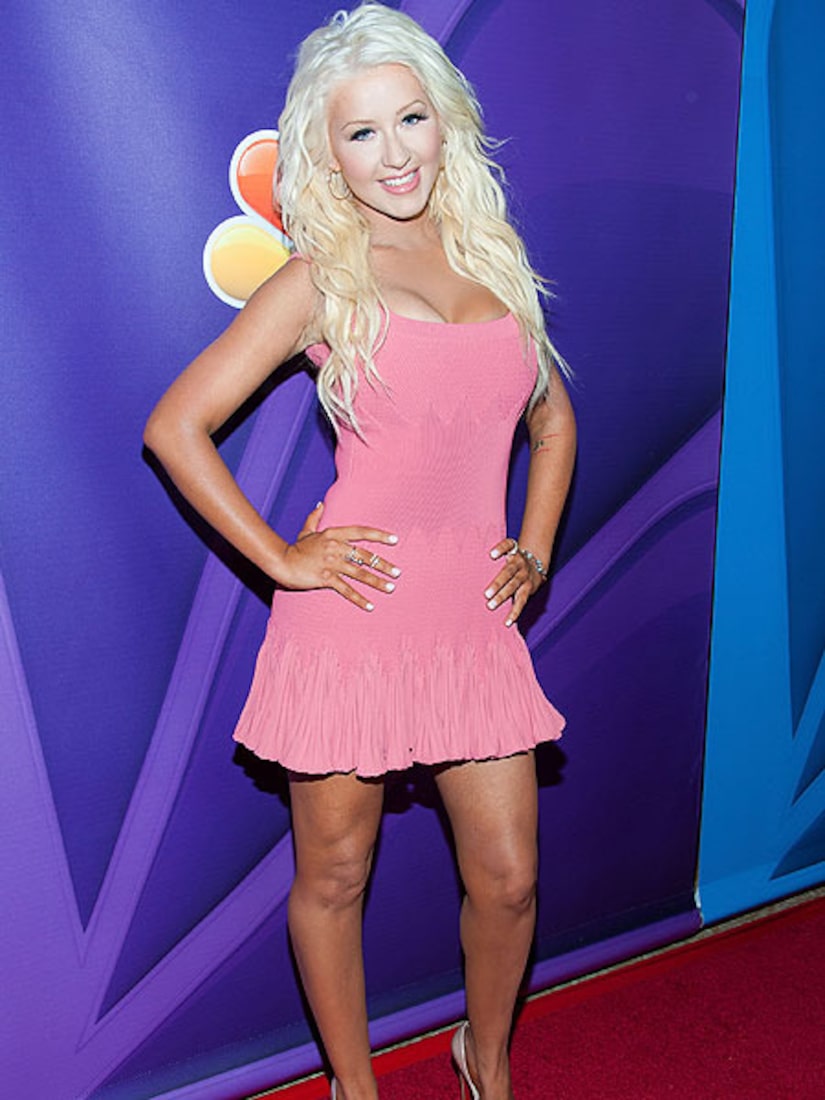 Singer Christina Aguilera flaunted her 20-pound weight loss at the NBC press event on Saturday, wowing everyone in her sexy pink mini-dress.

Sources close to Aguilera told E! News she is losing the weight in a healthy way. "She's making herself a priority, trying new exercises and trying things she loves and enjoys rather than stuff to just 'lose weight.' This is really from the inside out."

Aguilera is also returning to “The Voice” in the fall after taking a break to finish her next album. She'll be joining the original coach lineup of Adam Levine, Blake Shelton and Cee Lo Green.

Christina said at the press conference, “I understand that I am coming back to the Blake Shelton show at this point." Shelton's protégés have won the last three victories of the past four cycles.

Don't miss the cycle 5 premiere of “The Voice” when it premieres September 23 on NBC!