Superstar sensation Lady Gaga is gearing up for the release of her next album "ARTPOP" by releasing a series of promotional pics on Twitter, including one nude shot.

In the photo, she's wearing nothing but a pair of goggles and black boots, sitting on a chair made of circuit boards.

The singer arrived to the charity event in a stylish black cutout dress wearing minimal makeup. Most notable, however, was a new nose piercing, which she trumpeted last week in a YouTube video (see pics at NY Daily News).

Gaga confirmed the first single from her upcoming album “ARTPOP” is called “Applause,” and unveiled the single’s cover art. 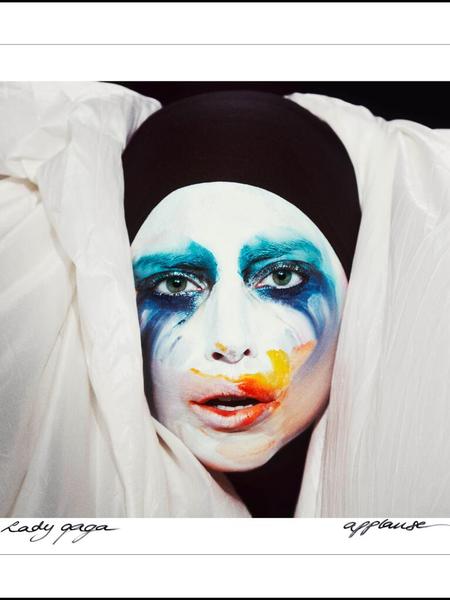 She is also set to debut her new song at the MTV Video Music Awards in New York on Sunday, August 25th.