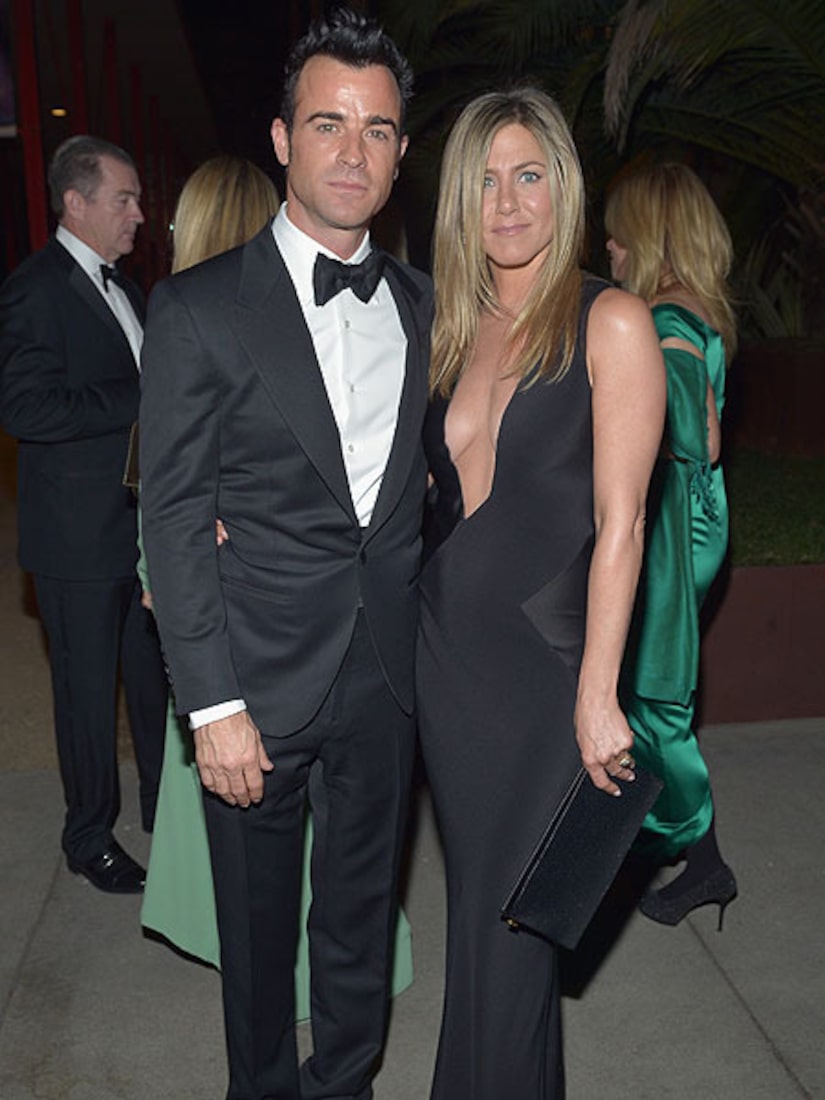 It turns out all those rumors about Jennifer Aniston and Justin Theroux postponing their wedding or even canceling it are bogus! Aniston cleared things up on Sunday, even telling the Associated Press she already “feels” married.

"We just want to do it when it's perfect, and we're not rushed, and no one is rushing from a job or rushing to a job,” she explained. "And, you know, we already feel married.”

Aniston joked with “Extra” that she is in a race down the aisle with “We're the Millers” co-star Jason Sudeikis, who is engaged to actress Olivia Wilde. “We're racing. It's a race,” she said.

Jennifer is not racing to be a part of a “Friends” movie reunion. “I think we're getting to the point where we're going to be friends with wheelchairs and colostomy bags. I don't think so. I don't think it works on screen… It would kill me to put any negative slant on people's memory of 'Friends.'”