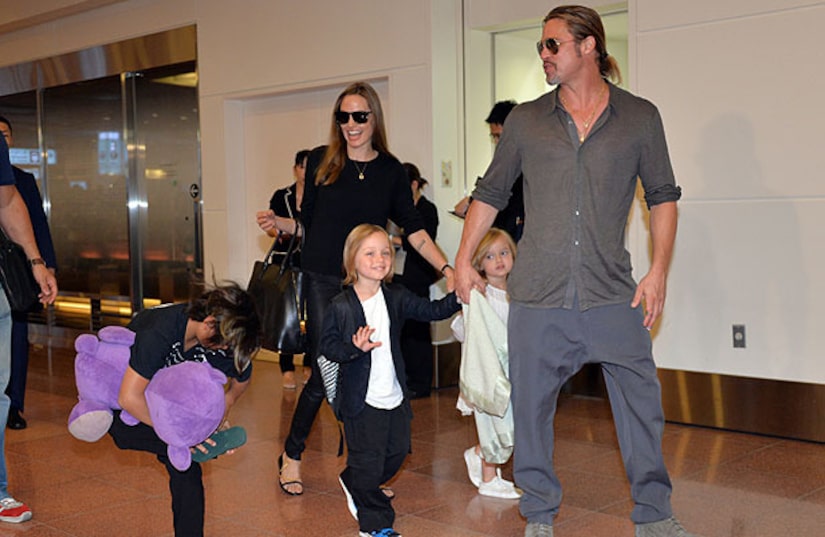 Superstar globetrotters Angelina Jolie and Brad Pitt arrived in Tokyo on Sunday with three of their six kids in tow for a whirlwind of events, beginning with the premiere of Brad's zombie flick, “World War Z."

On the same day, Jolie attended a special screening at the UN University in Tokyo of her directorial debut, “In the Land of Blood and Honey," where she urged audience members to help stop sexual violence in war zones.

“This is just the beginning. Our aim must be to shatter impunity, so that rape can no longer be used as a weapon of war anywhere in the world as it was in Bosnia, and as it is today from Congo to Syria, ” quotes the AP.

Jolie also mentioned her hopes for the film, saying that she would like for it to inspire Japanese viewers to take action. “When I started down the road, making this film, I thought only of telling a story and doing my best to give a voice to survivors. But today I am here not only as a director, but as a campaigner, and a part of a global effort that is growing every day.”

Angelina serves as a special envoy for the U.N. High Commissioner for Refugees. “In the Land of Blood and Honey” won the Producers Guild of America's Stanley Kramer Award in 2011.

The actress also recently topped Forbes magazine 2013 highest-paid actresses list. Click here to see how much she made last year!