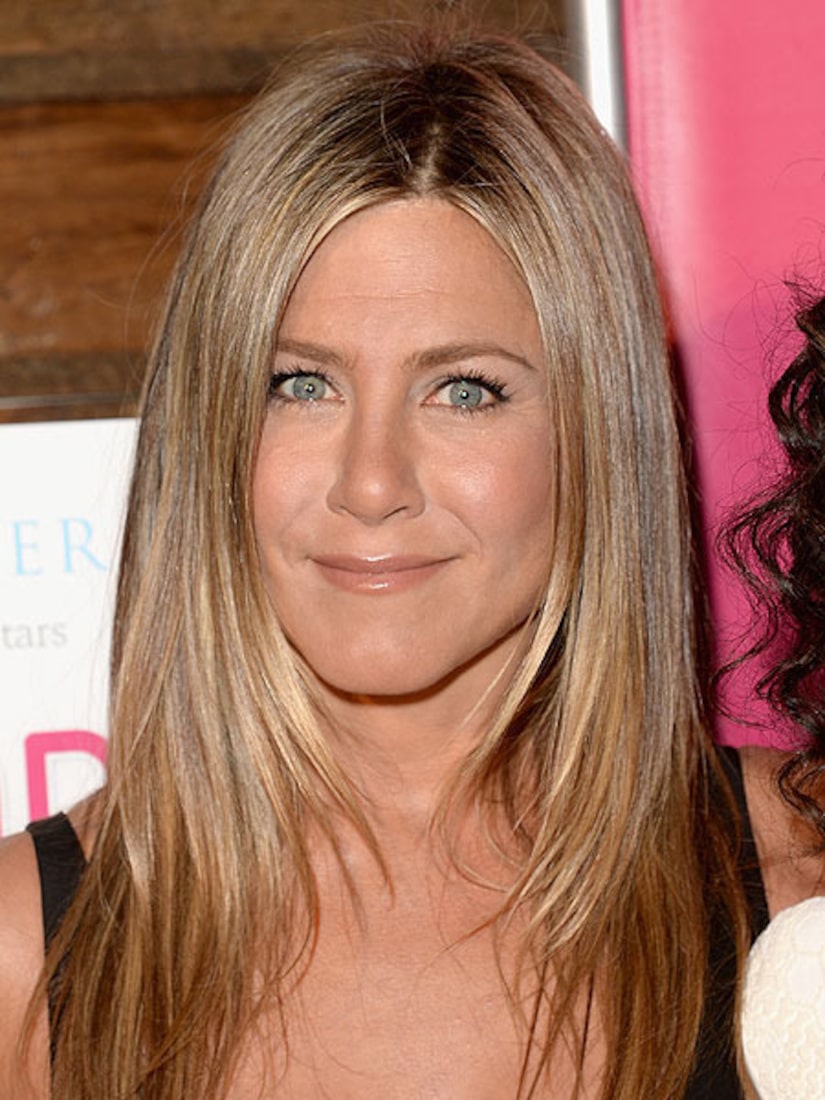 “Extra’s AJ Calloway sat down with Jennifer Aniston and Jason Sudeikis to chat about their new comedy, “We’re the Millers,” and about their real-life engagements.

Aniston, who is engaged to Justin Theroux, and Sudeikis, who proposed to girlfriend Olivia Wilde, laughed with Calloway that it’s a race to see who walks down the aisle first. Aniston smiled, “We’re racing. It’s a race.”

Jennifer is not racing to be a part of a “Friends” movie reunion anytime soon. “I think we’re getting to the point where we’re going to be friends with wheelchairs and colostomy bags. I don’t think so. I don’t think it works on screen… It would kill me to put any negative slant on people’s memory of ‘Friends.’”