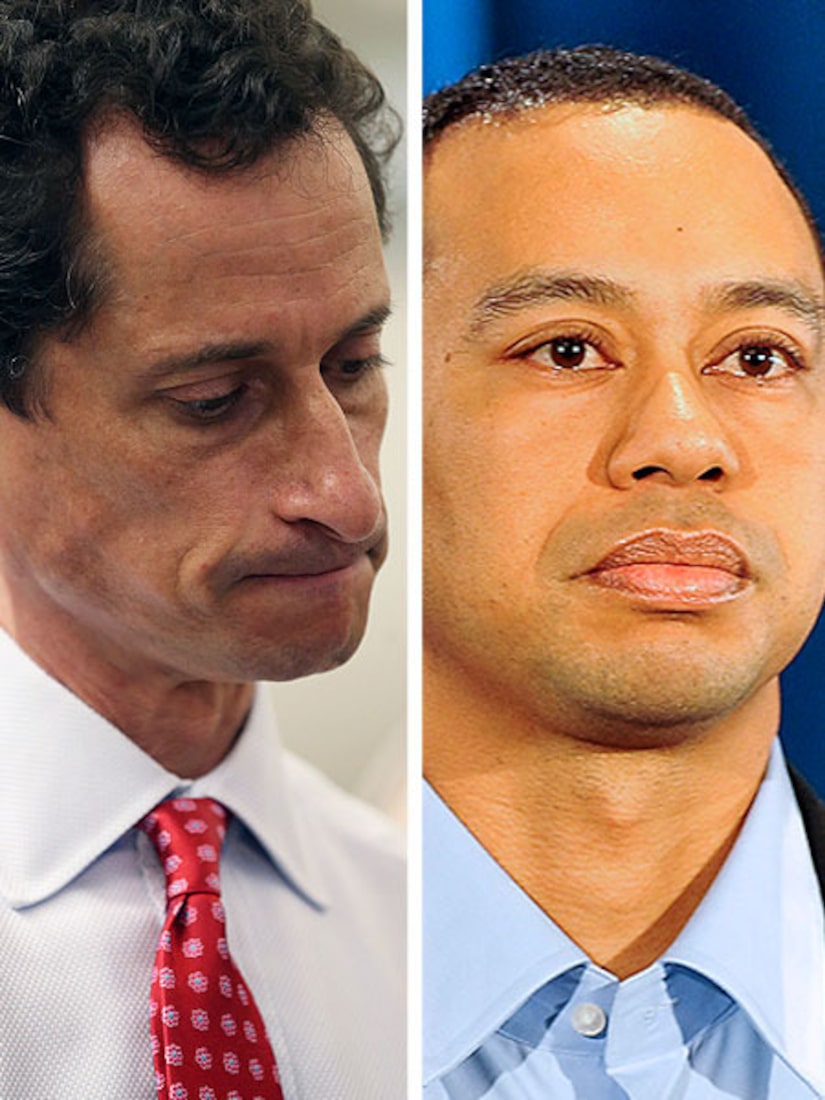 NYC mayoral candidate Anthony Weiner is struggling to keep his campaign going as the number of his sexting partners continues to grow to Tiger Woods proportions.

The golf champ had roughly 13 different mistresses as the height of his sex scandal in 2010, and Weiner admitted to NY Daily News on Thursday that he engaged in explicit Internet relationships with at least the same amount; three of them after his resignation from Congress.

The Dirty.com first broke Weiner's latest sexting storm earlier this week, posting an interview with a woman who claims she engaged in a virtual romance with Weiner in July 2012, after he left Congress in disgrace.

Weiner is still in the Big Apple mayoral race, but a new poll shows his approval rating is rapidly dropping. It found that Weiner's support among registered Democrats had plunged to 16% -- a loss of nine percentage points, or more than a third of his backing.

The politician, who has maintained that his social media philandering is behind him, said at a Brooklyn soup kitchen on Thursday, “I am waging this campaign on a bet, and the bet is, at the end of the day, citizens care more about their own future than about my past with my wife and my embarrassing things.”