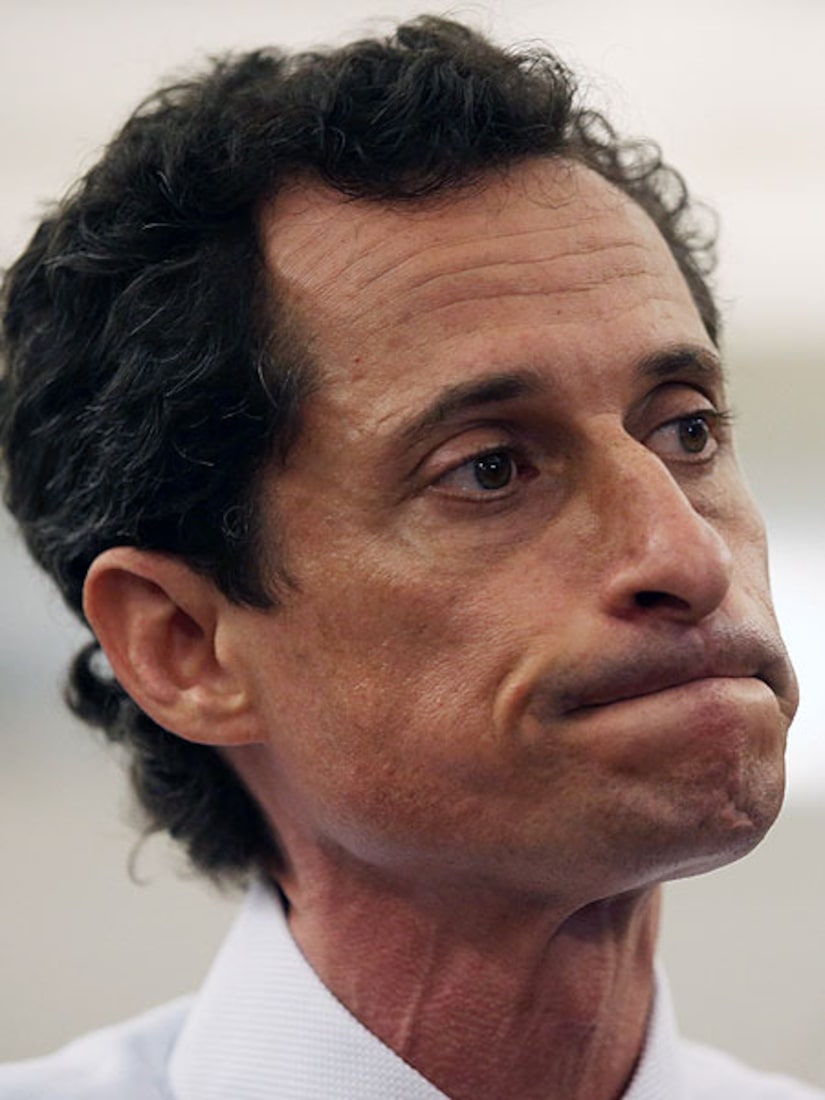 The cheeky woman caught in the latest sexting scandal with Anthony Weiner released one of the racy pics she sent to Weiner during their virtual affair last summer.

Sydney Elaine Leathers, 23, told TMZ she sent the photo of herself -- in a sexy lace thong -- to Weiner in July 2012. Click here for the full image... warning: NSFW.

Leathers said the former congressman, who used the alias Carlos Danger, was very persistent in his requests for explicit photos, along with pics of her in heels.

The NYC mayoral candidate admitted this week he continued his behavior after he resigned from Congress in a 2011 sexting scandal.

He told the NY Post on Thursday he had online relations with as many as three different women after his resignation, but insisted he has now put it behind him and is moving forward with his campaign. Wife Huma Abedin has maintained she has forgiven Weiner and is standing by him.