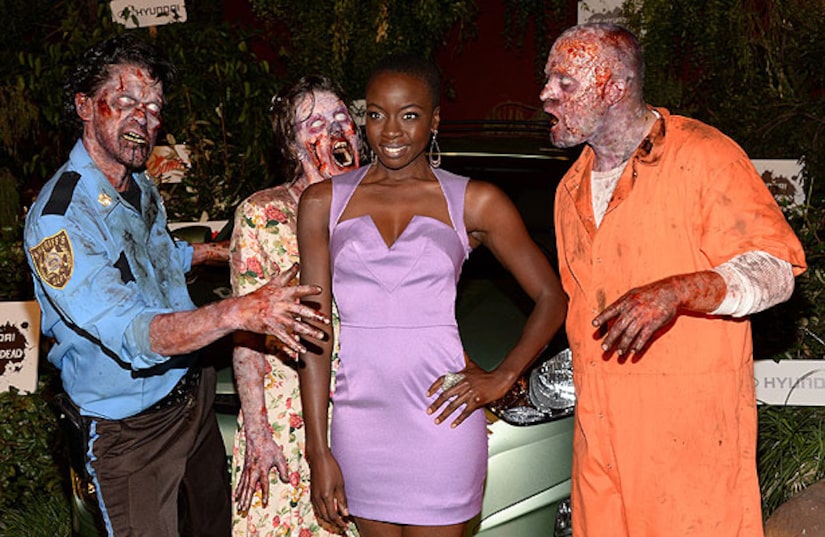 The fourth season of “The Walking Dead” promises to be one heck of a zombie ride! “Extra” talked to stars Danai Gurira, Chad L. Coleman and creator Robert Kirkman about the upcoming action-packed season.

Gurira said her character Michonne definitely has some “unfinished business to take care of.” The actress said, “She's a loner but is trying to fit into this community. She has come a long way, opening up to a group, connecting her heart. But she still has to navigate several more layers.”

Coleman, who plays kindhearted giant Tyrese, “I can tell you that [this season] is epic and gut-wrenching. I've been awed. It's the most jaw-dropping season yet, and fans will be worn out. Without question. No one goes unscathed in this post-apocalyptic world.”

As for characters Glenn (Steven Yeun) and Maggie (Lauren Cohan), who became engaged at the end of Season 3, what kind of wedding will they have? Kirkman jokingly offered, “A zombie best man and maid of honor… A honeymoon in the tower. It would be an awful wedding.”

Season 4 of “The Walking Dead” premieres October 13 on AMC!