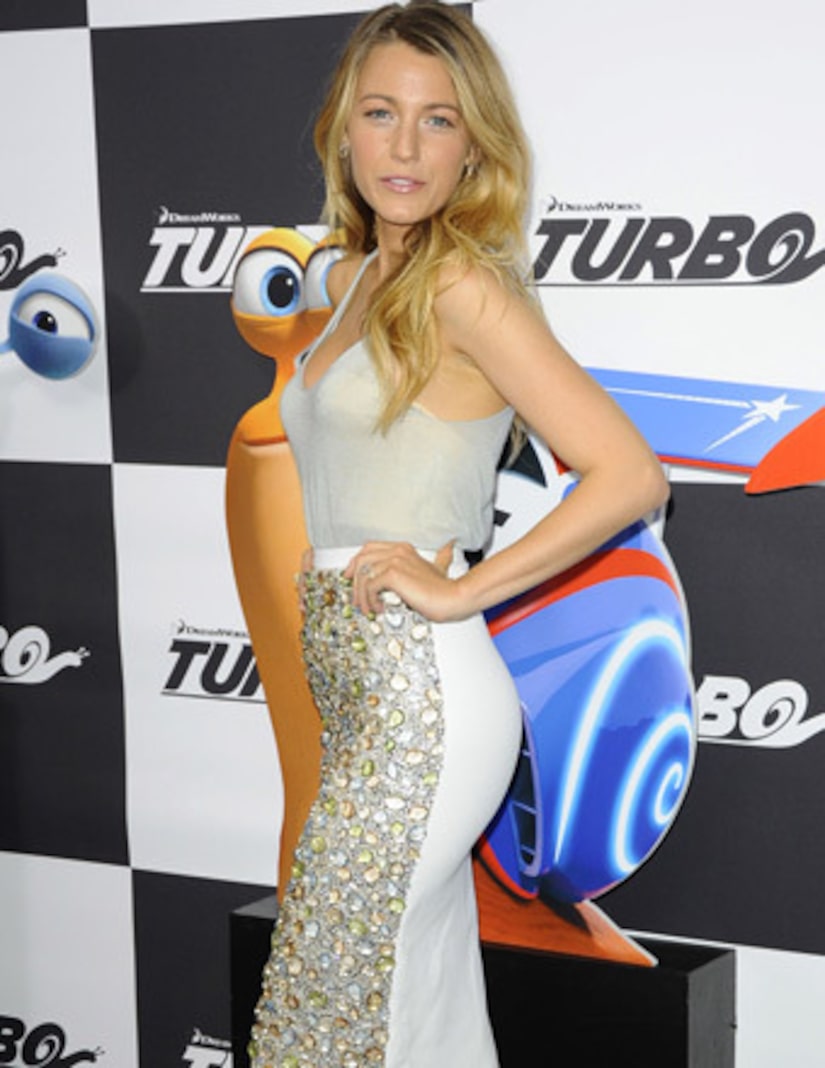 Rumors were running rampant on Wednesday that Blake Lively was pregnant, expecting her first child with husband Ryan Reynolds.

Her rep cleared up the gossip, telling “Extra,” The story is 100% false. Blake is not pregnant.”

Although she showed off her slim figure at Ryan's “Turbo” premiere in early July, the media grew suspicious when she started wearing bulky sweaters… in the heat of summer.