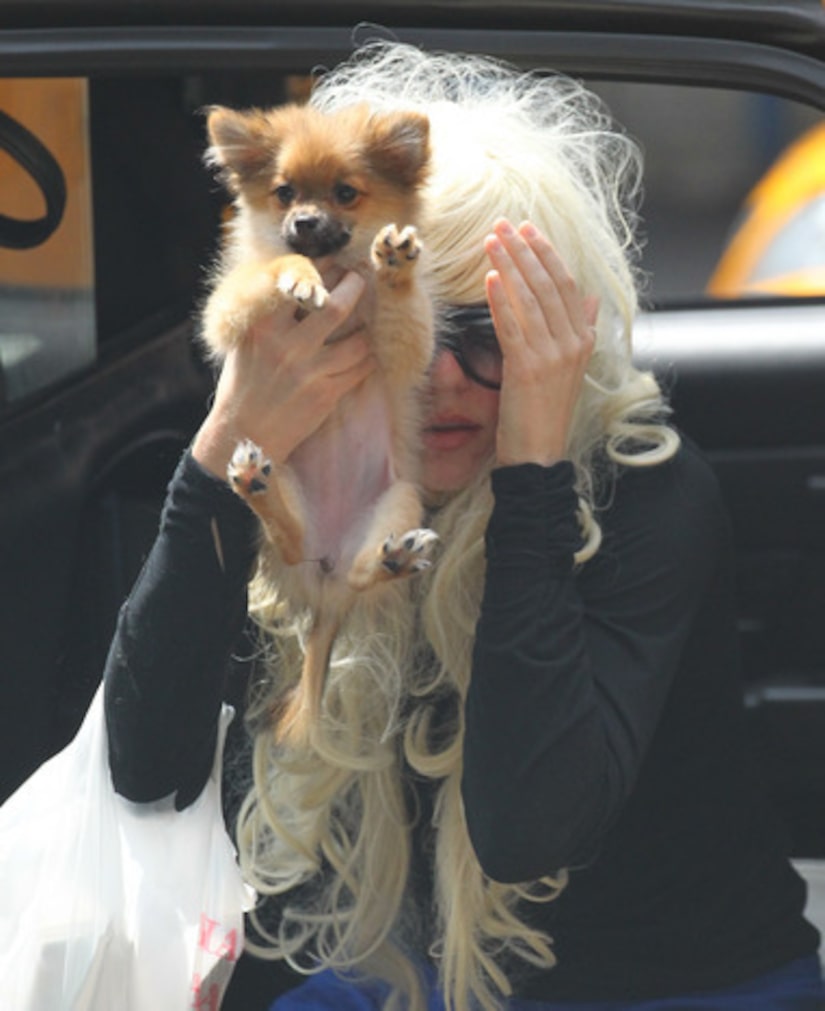 New surveillance video, obtained by TMZ, shows Amanda entering a nearby liquor store minutes after the incident, with the pup held in her outstretched hands.

The video, taken minutes after she supposedly started a small fire in a residential neighborhood, shows Bynes running into the “employees only” area. The cashier quickly follows.

The employee told TMZ that he detected a “strong odor of gasoline” and that the “Easy A” star was trying to rinse the dog in a sink in the restricted area. When he confronted Amanda she left without incident, clutching the dog. It is not known what happened to the pooch after that.

She was picked up by police a short time later and taken in on a 5150 psychiatric evaluation. The involuntary hold can last approximately 72 hours to two weeks. Sources tell TMZ that Amanda's family and friends believe she may be displaying signs of schizophrenia, and that her parents are seeking a conservatorship.

Amanda was reportedly involved in another incident in Thousand Oaks on Sunday night, where she allegedly trespassed at a retirement home.

Friend Nick Cannon told "Extra" at the live “America's Got Talent” voting rounds at Radio City Music Hall that Amanda is in his thoughts and prayers. “We’re just hoping for the best, this business can take the best of us and kind of drain us and I think that’s kind what it’s done.”

Nick said he has not spoken to Bynes in a week and a half, but plans to reach out to her again. “I’m gonna always be there for her, in her corner, that’s family.”