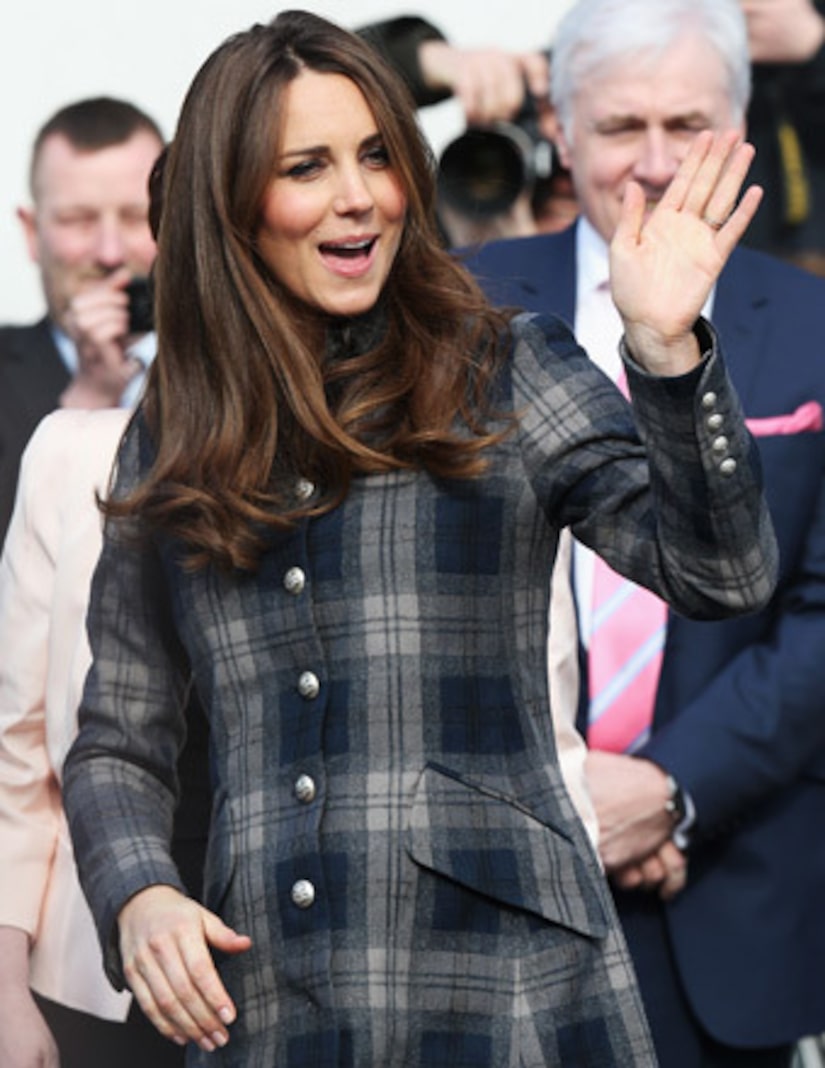 The royal baby name rumors continued on Tuesday as the world awaits the big announcement from Kate Middleton and Prince William.

Could it be George, Phillip or even Chesterfield? Those are just a few of the monikers floating around for the royal tot. It could take some time; the public waited a week to learn Prince William's name and a month to learn Prince Charles'.

Meanwhile, crowds are lining up outside St. Mary's Hospital to meet the little guy, who was born at 4:24 PM on Monday. A royal source told CNN that the couple would likely introduce the future king on the hospital steps, just as Princess Diana and Prince Charles introduced William.

The sighting is expected to happen as early as 10 AM PT (6 PM in London) on Tuesday or as late as Wednesday morning. Kate's hairdresser is already on the scene, according to Sun photographer Arthur Edwards.

Two people not waiting around to meet the baby are Michael and Carole Middleton. The new grandparents stopped by the hospital on Tuesday to meet the newest addition to the family.

As they left, Carole told the press, "He's absolutely beautiful. We are so thrilled. They are both doing really well." 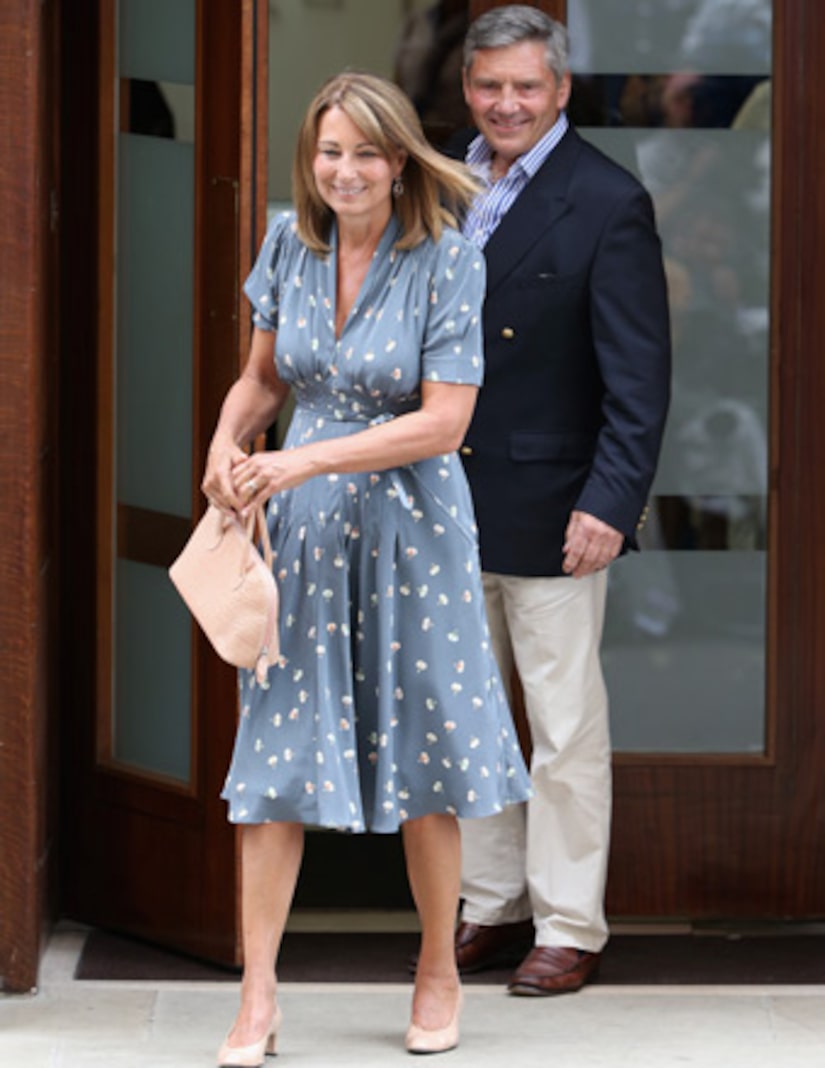 Although the Middletons were not present for the birth (Kate reportedly only wanted Prince William by her side), Carole is expected to play a key role in coming months.

The National Post says Kate and William plan to return to the Middleton estate in Bucklebury for a time, where Carole can act as nanny to the Prince of Cambridge.

Kate and Wills “could not be happier” about the baby. William even spent the night in the hospital with his wife and newborn. They may have even celebrated over hot pizza… a driver was seen dropping off a pie at the Lindo wing on Monday night.